Seeing Only What We Want to See 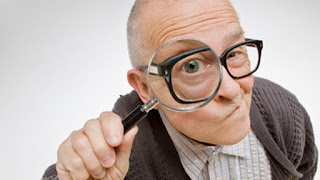 Tony Whittaker wrote about how a thirty-second film shows six people playing basketball, three in white shirts and three in black. Volunteers were asked to count how many times the white shirt team passed the ball. At the end of the film, they were asked if they saw anything unusual. Most didn’t.

The unusual thing was found halfway through the film. A man wearing a gorilla suit walked through the players, beat his chest to the camera, and then walked off. When shown the film again, people were shocked to see the gorilla. Some believed a different film was substituted for the original one.

Whittaker says, “This film trick illustrates a simple fact that if we are only looking for one thing, we do not usually see anything different.”

Jesus encountered a man with a withered hand. “So they watched Him closely, whether He would heal him on the Sabbath, so that they might accuse Him” (Mark 3:2). The Pharisees were only looking for one thing—to catch Him breaking the Law.

As they watched, Jesus healed the man’s hand, but they missed seeing the miracle. Instead of worshiping Him, they plotted to kill Him. They couldn’t see that He was the Messiah. It was as obvious as the gorilla beating his chest in the midst of the basketball players.

Some people only see what they want to see and miss what they need to see. John Piper said, “God is always doing 10,000 things in your life, and you may be aware of three of them.” Don’t miss seeing what God is doing in your situation. You need to see it.  www.kentcrockett.blogspot.com

BIBLE STUDY:  Why did God say to not boil a young goat in its mother’s milk?

Posted by Kent Crockett at 6:35 PM