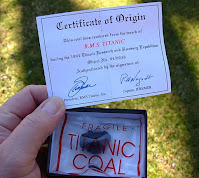 Five Things That Romans 8:28 Does Not Say 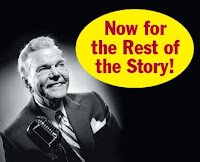 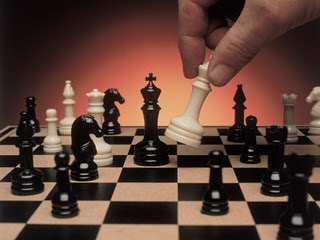 God’s Perfect Will is what God desires to happen. When we obey what He calls us to do, we are fulfilling God’s perfect will (Rom. 12:2).
God’s Permissive Will is when God allows people to disobey what He wants. He gives us a free will, which means we can make decisions against His will (Acts 14:16).
God’s Providential Will is when God overrules the permissive will. Eph. 1:11 says, “We have obtained an inheritance, having been predestined according to His purpose who works all things after the counsel of His will.” God’s Providential Will means He can guide us, protect us, and provide for us in spite of the schemes of evil people who attempt to destroy us.
We can understand God’s “Permissive Will” and “Providential Will” by seeing it as a chess game God is playing. He allows an evil person to move a chess piece (permissive will) and then He makes a counter-move (providential will).
PERMISSIVE WILL: He allowed Israel to choose Saul as king, who tried to kill David.
PROVIDENTIAL WILL: God protected David from Saul’s attacks and eventually promoted him to be king.
PERMISSIVE WILL: God allowed Joseph to be sold into slavery, falsely accused, and thrown into jail.
PROVIDENTIAL WILL: God overruled those actions, promoted him to be a ruler in Egypt, and saved Israel during a famine. Years later, when Joseph was reunited with his brothers, he told them, "As for you, you meant evil against me (PERMISSIVE), but God meant it for good" (PROVIDENTIAL) (Gen. 50:20). Their “little hands” and God’s "big hand" were both working at the same time, and God used them as pawns to accomplish His purposes.
PERMISSIVE WILL: God allows His followers to be persecuted.
Jesus said, "Blessed are you when men hate you, and ostracize you, and insult you, and scorned your name as evil, for the sake of the Son of Man..." (Luke 6:22).
PROVIDENTIAL WILL: God rewards His followers for being persecuted.
"...Be glad in that day and leap for joy, for behold, your reward is great in heaven" (Luke 6:23).
Did you see God’s Permissive and Providential Wills in this verse? When people persecute you (permissive will), at the same moment God is giving you a great heavenly reward which will last for all eternity! (providential will).
So when evil people seem to be winning, remember to keep a positive attitude, focus on God’s “big hand” at work, trust Him, and leap for joy!
Over 270 printable Bible studies at www.makinglifecount.net
****************************************************************************************************
Receive these devotionals (free) by email: You can subscribe in the box on the right at www.kentcrockett.blogspot.com (Your email will not be given out. You’ll receive an email when the new devotional is posted)
Making Life Count Ministries
P.O. Box 680174
Prattville, Alabama 36068-0174
www.makinglifecount.net  Twitter: @KentCrockett
www.kentcrockett.blogspot.com
Posted by Kent Crockett at 3:15 PM 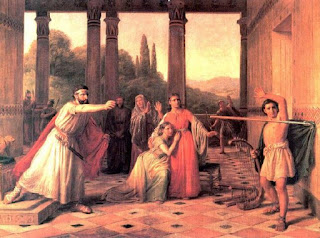 Contrary to popular belief, not everything that happens is God’s will. Otherwise, why does Jesus tell us to pray for God’s will to be done on earth as it is in heaven (Matt. 6:10)? There are three aspects to God’s will.

God’s Perfect Will is what God desires to happen. When we obey what He calls us to do, we are fulfilling God’s perfect will. Romans 12:2 says “Be transformed by the renewing of your mind, that you may what the will of God is, that which is good and acceptable and perfect.”
God’s Permissive Will is when God allows people to disobey what He wants. He gives us a free will, which means we can make decisions against His will. Acts 14:16 says, “He permitted all the nations to go their own ways.”
God’s Permissive Will went into effect when Israel chose Saul to be their king. It wasn’t what God wanted, but He allowed them to do it. The people of Israel told the prophet Samuel to appoint them a king so they would be like the other nations. God told Samuel, “They have not rejected you, but they have rejected Me from being king over them” (1 Sam. 8:7).
When Samuel presented Saul to Israel, he said, “Here is the king whom you have chosen” (1 Sam. 12:13). King Saul deliberately disobeyed God, so Samuel informed Saul that the Lord had rejected him as king (1 Sam. 15:26). Not long after this, Samuel anointed David as God’s choice to be king (1 Sam. 16:13) but it would be years before David actually took the throne.
Saul continued being Israel’s king, even though God had rejected him. On two occasions Saul threw spears at David, trying to kill the future king of Israel. Unfortunately for David, he had to suffer the consequences of Israel’s foolish choice of Saul. He spent years running from Saul, who was continually trying to kill him. Even though God’s Permissive Will was still in effect, God was able to lead David and protect him from Saul’s attacks. Keep in mind that God is still able to lead and protect His people, even when an evil king like Saul is on the throne.
Fortunately, God has a Providential Will, where God can overrule the Permissive will. We will examine that next week.
Over 270 printable Bible studies at www.makinglifecount.net
****************************************************************************************************
Receive these devotionals (free) by email: You can subscribe in the box on the right at www.kentcrockett.blogspot.com (Your email will not be given out. You’ll receive an email when the new devotional is posted)
Making Life Count Ministries
P.O. Box 680174
Prattville, Alabama 36068-0174
www.makinglifecount.net  Twitter: @KentCrockett
www.kentcrockett.blogspot.com
Posted by Kent Crockett at 4:19 PM 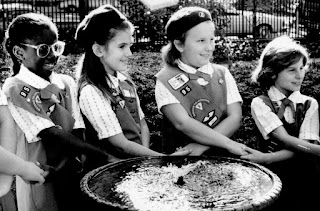 When my daughter Hannah was in grade school, she wanted to join the Girl Scouts. I said, “Hannah, if you’re supposed to be in Girl Scouts, God will provide a uniform for you. Why don’t you pray and ask Him for one?” She went into her bedroom and prayed for God to provide a Girl Scout uniform.
Two minutes later the phone rang. The woman on the other end of the phone said, “You don’t know me, but I have a Girl Scout uniform that I would like to give away. Do you have a daughter who needs one?” I was so stunned I did not even know what to say. I thought, Is this really happening? Just two minutes ago Hannah prayed for a uniform. This is impossible!
I snapped out of it and answered, “Yes, we do have a daughter who needs a uniform. You’ll probably find this hard to believe, but she just prayed two minutes ago for a Girl Scout uniform and then you called. Your phone call is an answer to a child’s prayer.” What are the odds that a woman who didn’t know us would call with the answer just after Hannah prayed?
You might be asking yourself why God would answer a prayer for a uniform while millions of suffering people are not getting their prayers answered. To be honest, I cannot tell you why some prayers aren’t answered. I just know that God did answer this little girl’s prayer.
Perhaps the Lord responded to her childlike faith and wanted my daughter to know He could answer her prayers.
Maybe God wanted to prove to the woman who called that He really exists.
Maybe He answered because He knew I would write about it so that thousands of readers would be inspired to pray about everything.
Maybe He did it to show that not every prayer has a long delay before the answer comes.
God is the one who decides when He will bring the answer to our prayers. Sometimes He does it quickly. Other times He requires us to wait. But always remember God’s timing is perfect.
Over 270 printable Bible studies at www.makinglifecount.net
****************************************************************************************************
BIBLE STUDY:  “The Five Purposes of Prayer”
Receive these devotionals (free) by email: You can subscribe in the box on the right at www.kentcrockett.blogspot.com (Your email will not be given out. You’ll receive an email when the new devotional is posted)
Making Life Count Ministries
P.O. Box 680174
Prattville, Alabama 36068-0174
www.makinglifecount.net  Twitter: @KentCrockett
www.kentcrockett.blogspot.com
Posted by Kent Crockett at 2:38 PM