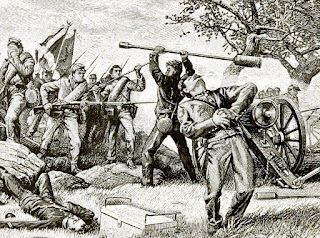 Two Ways to Serve God and Others 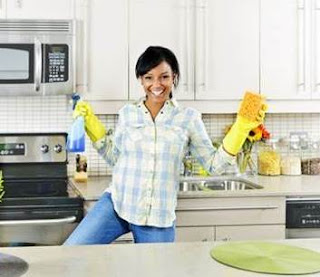 Psalm 100:2 says, “Serve the Lord with gladness.” Sometimes we’re so busy serving the Lord, and maybe even doing an excellent job, but we don’t do it with a joyful attitude. The Sunday School Times told of an elderly Christian mother who was a shut-in, and had two daughters clean her house.

She said, “My two daughters take turns cleaning my small home. Jean comes and makes everything shine. Yet she leaves the impression that I’m an awful burden. But when Mary comes, no matter how dull the day or how low my spirit, she’s so cheery that my heart is tuned to singing. Above all, she makes me feel that she loves me. They’re both Christians, but what a difference in their attitudes! Mary has the extra touch of grace and does everything with a loving heart.”

One daughter served joyfully, while the other served because she felt obligated. The daughter serving grudgingly made her mother feel worthless, but the one serving joyfully made her feel valued.
Does it bother God when we don’t serve Him joyfully? Moses told Israel, "Because you didn't serve the Lord your God with joy and a cheerful heart, even though you had an abundance of everything, your will serve your enemies the Lord will send against you" (Deut. 28:47-48). Looks like our attitude does make a difference to Him.

Words Can Wound or Heal 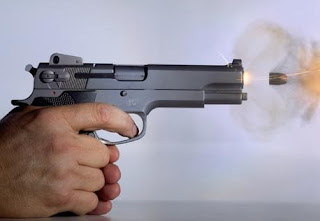 It’s like a page taken from Ripley’s Believe It or Not! Traci, who was a member of our church, sat by the side of our city’s swimming pool watching her son swim. Suddenly, her leg started bleeding profusely! Blood quickly covered her leg for no apparent reason. No knives or glass were anywhere nearby. She hadn’t even moved, so she couldn’t have caused this bleeding herself.

She was taken to the hospital where doctors discovered the reason for her mysterious stigma. They pulled a bullet out of her leg! Someone had shot a bullet into the air, apparently thinking that bullets only go up and never come down. But this bullet did come down—into her leg.

A wife told her husband, “When you talk to me that way, it’s like you’re sticking a knife in my heart.” Destructive words will damage relationships like a sword can cut, but encouraging words will heal relationships. “There is one who speaks rashly like the thrusts of a sword, but the tongue of the wise brings healing” (Prov. 12:18).

A Brilliant Plan to Win the War 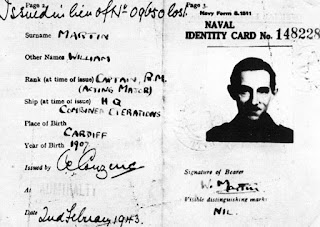 One of the cleverest secret plans during WWII was Operation Mincemeat. In 1943, Great Britain planned to invade Sicily, but they had to convince the Germans and Italians the attack would happen elsewhere. They dressed a corpse in a Royal Marines uniform and named him Major William Martin. Planted on him was a cryptic letter detailing an impending invasion of Greece and Sardinia. The fake military document was supposedly intended for the British commander-in-chief in North Africa.

The corpse was transported by submarine and released off the coast of Spain near the shore. As expected, the body washed up on a beach, which the Spanish government believed was a secret courier. They turned the letter over to German military intelligence, which convinced them Sicily wasn’t going to be invaded. The Nazis reacted to the ruse and moved their troops to Greece and Sardinia.

The plan worked. British troops landed in Sicily, helping to end the war in Europe and paving the way for the June 6 D-Day invasion. Major William Martin, a man who never existed, played a significant role in winning WWII.

As brilliant as that plan was, God’s plan to win the war for your soul, Operation Save the World, was even more ingenious. “This Man (Jesus) delivered over by the predetermined plan and foreknowledge of God, you nailed to a cross…to put Him to death, and God raised Him up” (Acts 2:23-24). Satan thought if he could stir up people to kill Jesus, that would be end of Him, and the devil would rule the world forever.

But God outsmarted him. He allowed Jesus to be crucified, so that He became the sacrifice for the sins of the world (John 1:29). Then God resurrected Him from the dead to win the war for souls, and now He lives forever as King of kings and Lord of lords.