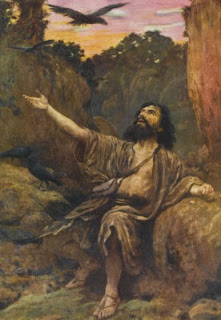 Notice that God commanded the ravens to provide for Elijah. This gives us an insight into how the Lord can provide for us in unusual ways. God spoke to the birds and they understood what they needed to do. The ravens went out and found food, and God showed them exactly where to fly to find Elijah. Do you understand the lesson here? He knows exactly where you are and how to get provision to you.

Every morning and evening the birds flew in breakfast and supper (the first airline food). Elijah didn’t worry about where they got the food or if they would show up in time. God simply wants us to obey Him and He promises to take care of the provision.

After a while the brook dried up. “And it happened after a while, that the brook dried up because there was no rain in the land. . . .The Lord said, ‘Arise, go to Zarephath, which belongs to Sidon, and stay there; behold, I have commanded a widow there to provide for you." (1 Kings 17:7, 9).

God could have commanded the brook to keep flowing, but He didn’t. When the brook dries up, it’s time to move to a new place. Again, the Lord commanded a widow to provide for him. When you read the story, she doesn’t seem to be aware of this command (see 17:10-24). Nevertheless, she did what the Lord commanded. God can command people to do things for you even though they are not aware of it! This shows that the Lord uses a variety of ways to provide for His people.

Elijah walked in godly obedience and that’s the key to God’s provision. If you will do what God has told you to do, you will never have to worry about the provision being there for you. Do what you can do and God will take care of what you can't do.

Posted by Kent Crockett at 7:51 AM 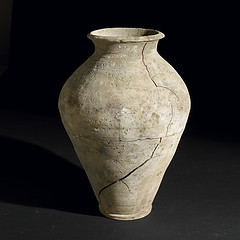 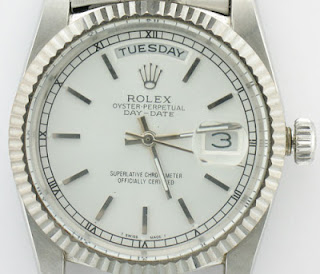 Years ago someone showed me a fake Rolex watch that he had bought in Mexico for $15. It looked exactly like a real $5,000 Rolex. He said, "Do you know how you can tell that it's fake? The second hand ticks every second and a real Rolex doesn't do that." A counterfeit item looks like the real thing, but a trained eye can tell that it's fake.

Jesus warned us about having a counterfeit faith. He said, "Many will say to Me on that day, 'Lord, Lord, did we not prophesy in Your name, and in Your name cast out demons, and in Your name perform many miracles?' And then I will declare to them, 'I never knew you. Depart from Me, you who practice lawlessness.'"  (Matt. 7:22-23).

Jesus is talking about Judgment Day and apparently these people had deceived themselves into believing they were saved--but they weren't.  Jesus has a trained eye and can identify fake faith. They called Him "Lord" and even used His name to apparently carry out ministries, but Jesus says He never knew them.  They didn't lose their salvation. They were never saved in the first place!

Are you reading about yourself in this passage? I hope not. Counterfeit faith is such a huge problem that Jesus gave us a preview of Judgment Day and told us that "many" will say this to Him. When you come to God with a sincere heart and ask to be saved, He will save you. But don't try to fake Him out because He can see right through it.