Tell Your Heart to Beat Again 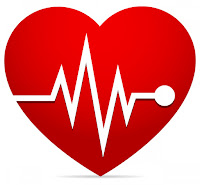 This is a true story. A pastor in Ohio asked a member of his church, who was a surgeon, if he could be in the operating room to watch an open heart surgery. The doctor permitted him to observe. The physician began the surgery, removed the woman’s heart, repaired what was wrong, and placed it back into her chest. As he massaged her heart to get it going, it wouldn’t beat. He tried to start it using other procedures, but nothing worked.

In an act of desperation, the surgeon knelt down beside his patient and said “Mrs. Johnson, this is your surgeon. The operation went perfectly and your heart has been repaired, but you need to tell your heart to beat again.” When he finished saying those words, immediately her heart began beating!

Even though the surgeon did everything necessary to repair her heart, the patient needed to cooperate with him. By an act of her will, she had to start her own heart beating. This story inspired singer Randy Phillips to write the song, Tell Your Heart to Beat Again.

Maybe you’ve been rejected or you’ve lost a loved one—and your heart has stopped beating. Perhaps your spouse betrayed you and your heart no longer beats. You’ve lost hope and your will to live. Remember, God is the great physician who can repair your heart—but you have to tell your heart to beat again.

To listen to the video of Randy's song with lyrics, click here “Tell Your Heart to Beat Again”

Would you like to receive these weekly devotionals by email? You can subscribe in the box on the right at www.kentcrockett.blogspot.com (Your email will not be given out. You’ll receive an email whenever a new devotional is posted) 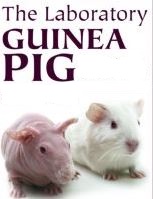 Life is a Jigsaw Puzzle 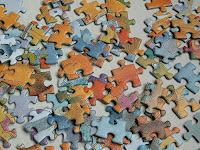 If you are going to be a God-follower, you must learn to see the big picture of what He wants to accomplish in your life and not get upset by what you’re going through right now. Life can be compared to a jigsaw puzzle.

The puzzle has a picture on the box of what it will look like after all the pieces are in place. But when you open the box, all you can see is a bunch of funny-shaped pieces that seem impossible to connect. As you get started, some pieces will make you puzzled. They look unnecessary, but they are all essential to form the final picture. It takes patience to trust God to make the pieces fit correctly, but once they are all in place, you will understand why they were necessary. It’s not obvious when you’re going through difficult situations, but later you’ll see how God used them as a part of His plan.

God gave Joseph in the Old Testament a couple of dreams of the future to show him what the final jigsaw picture would look like (Gen. 37:5-11). He would one day be a world ruler and save Israel during a severe famine. Joseph had to keep the completed picture in mind as he experienced some terrible trials. One piece of the puzzle was being thrown into a pit in the wilderness. Another piece was being sold into slavery. Another piece was being falsely accused and thrown into prison. But if you left out any of those pieces of the puzzle, the final good outcome would not have occurred.

When someone throws you in a pit, sells you into slavery, or falsely accuses you, remember that God didn’t cause those things, but He will overrule them and use them for His purposes (read about the Chess Game in my February 1 Devotional). This is why you must not become bitter at the people who mistreat you, but by faith keep a good attitude, knowing that God has the final say on everything. He will make the final picture of your life look amazing, just like He did with Joseph. www.kentcrockett.blogspot.com 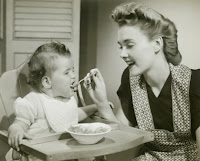 Spiritually immature people are more interested in Godzilla than God. If you want to grow spiritually, it requires that you have an intense hunger to know spiritual things. When you surrender your life to Jesus Christ, you are born spiritually become a spiritual baby. And just like babies require milk, so do spiritual babies. Peter writes, “Like newborn babies, long for the pure milk of the Word, so that by it you may grow in respect to salvation” (1 Peter.2:2).

You could have been saved 30 years ago but have the spiritual maturity of a 6-month old. The writer of Hebrews says, “You have been believers so long now that you ought to be teaching others. Instead…you are like babies who need milk and cannot eat solid food” (Heb. 5:12-13 NLT). That’s like a 40-year-old sitting in a high chair with mouth wide open, waiting to be fed. You will never mature spiritually until you learn to feed yourself by reading and studying God's Word. Here’s how:

1. Read the Bible every day.  You can start by reading for 10 minutes a day. Choose a book of the Bible, such as Mark. Ask the Holy Spirit to speak to you as you read. Slowly read a few verses from chapter 1 and think about what it’s saying. Don’t be in a hurry. If you read verses 1-8 today, mark the place and start with verse 9 tomorrow. Eventually you will read through the entire book of Mark, and then you can do the same with the book of Acts. If you miss reading for a day, don’t worry about it. Start the next day where you left off.

2. Write down what you’re learning. Buy a notebook and use it as your spiritual journal. Write the date and Mark 1:1-8 with your observations. As you continue to do this, you will be amazed at the encouragement you’ll receive from God’s Word.

3. Consider following a “Read through the Bible in a year” plan. This requires reading about 45 minutes a day to get through the entire Bible. I recommend www.lifejournal.cc where you can buy a notebook that is already marked with the verses to read and shows you how to use the S.O.A.P. method of writing daily devotions. 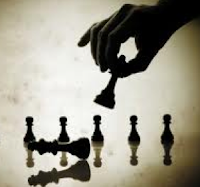 The sovereignty of God over the events here on earth can be compared to a chess game between the Lord and the devil. People are the pawns. A clear example of this chess game between good and evil is demonstrated by what happened to Joseph (Gen. 37-41).

Satan made the first move. Joseph’s brothers hated him, so they threw him into a pit in the wilderness (37:18-24).
Then God moved His chess piece. Although Joseph didn’t know it at the time, God wanted him in Egypt, so He sent a taxi to pick him up. Midianite traders passed by on their way to Egypt and his brothers sold him to them. God directed their steps on the right path at the right time (37:28).

The devil made another move. After arriving in Egypt, the Midianites and sold him as a slave to Potiphar, who was Pharaoh’s officer (37:36).
God moved again. The Lord caused all that Joseph did to prosper (39:2-3).

Satan made a temptation move. Potiphar’s wife tried to seduce Joseph (39:7).
God moved on Joseph’s heart. Joseph ran away from the temptation (39:12).

The devil made a false accusation move. Potiphar’s wife twisted the facts and lied about Joseph, which landed him in prison (39:14-20).
God moved again. The Lord again caused him to prosper (Gen. 39:21-23). He interpreted the dream of Pharaoh’s cupbearer, who was also in prison, that he would be restored to his office in three days. Joseph asked that he mention him to Pharaoh and get him out of prison (40:9-14).

Satan made his move. The cupbearer forgot about Joseph for two more years (40:23).
God moved again by crowning him. The Pharaoh has a couple of dreams that couldn’t be interpreted. The cupbearer finally mentions Joseph to him, who interprets the dreams. As a reward, Pharaoh promoted him to ruler over Egypt (41:1-43). God wins!

You see, if you live to please God, it doesn’t really matter what others do to you. They are just pawns in His hand, and He will make sure you win. www.kentcrockett.blogspot.com  www.makinglifecount.net Twitter:  @Kent Crockett