Are You Willing to Leave the Prison? 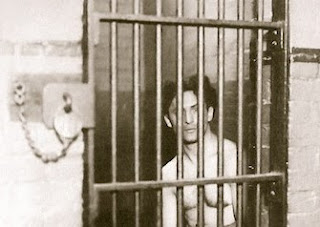 In the early 1900s, the escape artist Harry Houdini claimed he could set himself free from any jail cell in the country. Wherever he went, he issued a challenge to be locked up in the city’s jail. He always came through as promised, except for one occasion when something went wrong.
Houdini entered the jail in his street clothes and the heavy metal door clanged shut behind him. He took from his belt a piece of wire and got to work trying to pick the lock. He had easily picked the locks in other jail cells, but something was unusual about this lock.
For thirty minutes he tried picking the lock but made no progress. An hour passed and he still couldn’t unlock the door. After two hours, he leaned on the door in frustration, and to his surprise, it swung open. Houdini didn’t know it, but the door had been unlocked the entire time. (Mature Years, 1993, p.81).
Jesus began His ministry by saying, “The Spirit of the Lord is upon Me, because He has anointed Me to preach the gospel to the poor. He has sent Me to proclaim release to the captives…” (Luke 4:18). Jesus wasn’t talking about letting criminals out of prisons, but freeing those in spiritual prisons being held captive by Satan (2 Tim. 2:26).
Through Jesus’ death and resurrection, He unlocked the prison doors and calls us to come out of the jail cell into freedom (Gal. 5:13). Many people stay imprisoned because they aren’t willing to leave. When God miraculously released Peter from prison, he willing left it (Acts 12:5-10). If we aren’t willing to walk out, we will stay incarcerated, just like the unlocked door kept Houdini inside.
Are you willing to leave whatever is keeping you in bondage? “If the Son makes you free, you will be free indeed” (John 8:36). Walk out of that prison. www.makinglifecount.net
BIBLE STUDY  Is the doctrine of “Original Sin” in Scripture?
****************************************************************************************************
Making Life Count Ministries
P.O. Box 680174
Prattville, Alabama 36068-0174
www.makinglifecount.net  Twitter: @KentCrockett
www.kentcrockett.blogspot.com
Posted by Kent Crockett at 9:17 AM 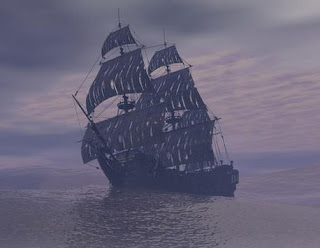 On October 11, 1775, the whaler ship Herald stumbled upon the apparently vacant schooner Octavius drifting among the icebergs west of Greenland. The crew of Herald boarded Octavius and discovered the crew of 28 sailors below deck, all frozen. The frozen captain appeared to be making his last entry in the logbook, just before he died.

The last date recorded in the book was November 11, 1762, which meant that the ship and frozen crew had been drifting in the Artic waters for thirteen years. 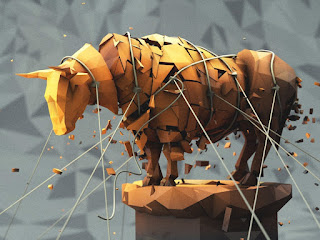 Years ago, evangelist James Robison's ministry was in desperate need of financial help. In what appeared to be an answer to prayer, someone donated over a million dollars’ worth of ancient artifacts that could be sold to meet the ministry’s financial obligations.
On the day the collectors were to purchase the relics, God spoke to James’ heart that the artifacts were idols that needed to be destroyed. Although the items would bring top dollar with those interested in fine art, they had been used in pagan worship in foreign countries.
What would you have done? You have a large ministry in need of help. Surely it would be for the good of the kingdom to take this gift and pay off the bills. But James refused to trust in the idols to provide for his ministry. In what appeared to be insane from man’s point of view, James and the donor broke them into pieces and threw them into a lake.
Even though James was in a financial crisis, he knew God couldn’t bless his ministry if he trusted idols to meet his needs. His stand for uncompromising integrity also set an unforgettable example of not bowing down to idols. Today James' ministry, LIFE Outreach International, is blessing the world with both food and the gospel. This would not be the case if he had placed his faith in an idol.
The apostle John wrote, “Little children, guard yourself from idols.” An idol is anything that is more important to you than God. Could a career be an idol? Maybe. How about a hobby? It’s quite possible. You have to check your own heart to see if there are any idols in there (Ezek. 14:3-7).
BIBLE STUDY  “Is it possible to resist God’s grace?”
****************************************************************************************************
Making Life Count Ministries
P.O. Box 680174
Prattville, Alabama 36068-0174
www.makinglifecount.net  Twitter: @KentCrockett
www.kentcrockett.blogspot.com
Posted by Kent Crockett at 3:00 PM