The Strangest Punch in Boxing History 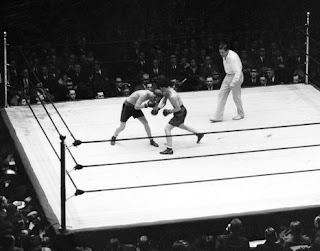 Muhammad Ali, George Foreman, Joe Louis and Mike Tyson are some of the most recognized boxers in the history of the sport. But you’ve probably never heard of C.D. Blalock, who also made boxing history.

In the 1930’s, Blalock stepped into the boxing ring to fight his opponent. In one of the oddest moments in boxing, Blalock took a swing at his opponent, missed, and ended up hitting himself in his own face. He staggered around the ring and fell unconscious on the canvas. C.D. Blalock was the only prizefighter to ever score a knockout against himself!

Many people today keep beating themselves up over things they’ve done. They throw an uppercut to the jaw over mistakes and wrong decisions they’ve made, instead of learning from it and moving on. They punch themselves in the face by hating themselves, instead of accepting themselves as God’s creation. Then they deliver the knock-out blow with the punch of guilt, instead of receiving God’s forgiveness and cleansing.

First Timothy 6:12 says, “Fight the good fight of faith; take hold of the eternal life to which you were called.” When we beat ourselves up, we’re not fighting the good fight, but the bad fight. The good fight knocks out the lies of Satan and embraces God’s truth.

Is There a Loose Cannon Inside You? 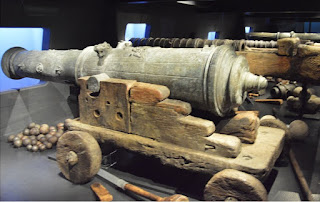 In the 1800's, a ship in the Atlantic encountered a bad storm. The crew heard crashing sounds below and hurried down to discover that a cannon had broken loose.

As the ship went up and down over the waves, the cannon rolled from one side of the ship to the other and was ramming into the sides. The sailors were able to secure the cannon and get it under control.

Why do we get angry? It’s because others are doing something we don’t want them to do, or they aren’t doing something we do want them to do. What we want to happen and what’s actually happening aren’t matching up. Husbands and wives get mad at each other because their expectations aren’t being met. They blame each other for something they did or didn’t do. Their anger increases because they keep fighting over the same issues rather than talking things out and forgiving each other.

Many people get angry over things they cannot change. I know football fans who are still fuming over a referee’s bad call from years ago. Can they go back in time and change the ref’s call? No. Can they change the outcome of the game? No.
Have they lost their joy? Yes.

Posted by Kent Crockett at 1:25 PM

A Case of Mistaken Identity? 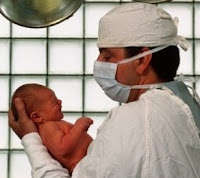 When my wife, Cindy, gave birth to our second child, the doctor announced, “It’s a girl!”
I leaned over to Cindy and whispered, “It’s a boy.”

Cindy didn’t know whom to believe. She didn’t have a clear view of our newborn, so she had to decide who was correct. Should she trust our physician who had delivered hundreds of babies, or her husband, who had struggled with high school biology?

She knew our doctor was an expert and could tell the difference between male and female, but she also knew her husband wouldn’t lie to her. Cindy asked me, “Are you sure it’s a boy?” I directed her question to our doctor. “Isn’t the baby a boy? You said, ‘It’s a girl’, but the baby looks like a boy to me.”

Our doctor looked embarrassed. “Did I say girl? I’m sorry, I’ve delivered so many girls this week that ‘it’s a girl’ just came out automatically. Yes, it’s a boy.”
Our son hadn’t been out of the womb for one second and someone already tagged him with a wrong identity!

Perhaps you’ve been labeled with a false identity. Not by a doctor, but a classmate may have called you an ugly, derogatory name. It wasn’t true, but you believed it, and it’s still affecting how you view yourself. Jesus said, “Take care what you listen to” (Mark 4:24). Not everything you hear is true, and believing a lie will negatively affect the way you think.

Temptations of Jesus #3--Shortcut to Glory 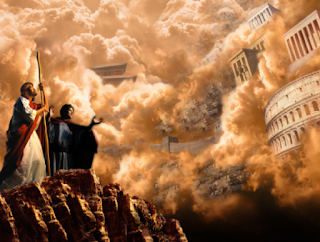 Satan has a Master’s degree in Trickonometry. Out of all temptations he could have chosen, Satan carefully picked three specific temptations to trick Jesus into sinning. Matthew 4:8 says, “Again, the devil took Him to a very high mountain, and showed Him all the kingdoms of the world, and their glory.” Luke adds he showed Him all the kingdoms “in a moment of time” (Luke 4:5).

You can’t see all the world’s kingdoms from any high mountain. The devil showed Him this by playing a movie in Jesus’ mind. In a split second, Jesus supernaturally saw all the kings on earth, their thrones, palaces, and their treasures. If the devil can tempt Jesus like this, he can also play movies in our minds to get us to do something wrong.

Satan said to Him, “All these things will I give You, if You fall down and worship me” (Matt. 4:9). If Jesus had bowed down and worshiped the devil, He would have disqualified himself from being the Savior of the world. Satan wanted Him to take a shortcut to ruling the world. He tempts people today to take shortcuts to get what they want. Of course, the devil is a liar and never would have given Him the kingdoms (John 8:44).

Jesus said to him, “Go, Satan! For it is written, ‘You shall worship the Lord your God, and serve Him only’” (Matt. 4:10). Whatever you worship, you will also serve. Some people worship and serve things in this world. Most of their money, time, and attention are invested in a hobby or some other object of worship that will soon pass away. If you want to know what people worship, look at what they are serving.

Worshiping and serving God starts now, but we will also worship and serve the Lord throughout all eternity. “For this reason, they are before the throne of God; and they shall serve Him day and night in His temple” (Rev. 7:15).

Posted by Kent Crockett at 5:15 PM