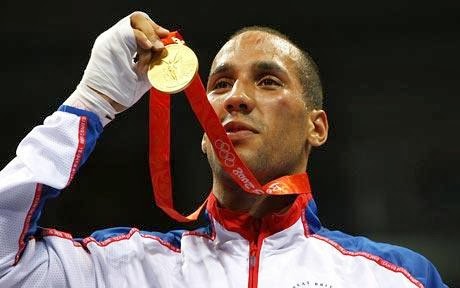 Suppose that gold, silver, and bronze medals would no longer be awarded at the Olympics. How would that affect the contestants? Some athletes would refuse to participate. Others wouldn’t train nearly as hard. Envisioning winning a gold medal is what motivates athletes to get through extremely grueling training. Some athletes train for hours every day for four years to run a 10-second race!

The Scriptures reveal that God will reward His faithful followers with something much greater than a gold medal. These eternal rewards are designed to motivate us to live correctly during our short stay on earth.  They will not be given to every believer, but only to His children who have cheerfully sacrificed and served Him.

You only have a window of time to win them. Rewards can only be earned after you are saved—in the time-space between the moment of salvation and the day you die. I believe receiving these rewards will be thousands of times more exciting than winning an Olympic gold medal, and they will have something to do with our eternal assignments, which will be like special privileges. It’s hard for us to grasp, but winning a heavenly reward will actually improve your eternal experience!

God could have kept the truth about eternal rewards a big secret that would be revealed after we die. Instead, He told us about them to motive us to live for the next world. I’ve heard some Christians say, “I don’t care anything about rewards in heaven. Going to heaven is good enough.” Although that sounds humble, that statement is an insult to God and rejects everything He has revealed about rewards. Consider a few verses:


Always keep in mind that the Lord is watching your attitude, giving, and service to determine your position and assignments in the next life. We need to be more motivated to win these heavenly rewards than an athlete is to win an Olympic gold medal!

For more info on eternal rewards, read The Judgment Seat of Christ and Rewards in Heaven.
www.kentcrockett.blogspot.com
www.makinglifecount.net
Follow me on Twitter @KentCrockett
What is Making Life Count Ministries? (3 min. video)
***********************
Slaying Your Giants is filled with interesting stories, humor, and practical advice about how to conquer 20 giants (fear, depression, discontentment, self-image, anger, and more)

The Sure Cure for Worry contains amazing true stories and helps the reader see God is in control.
Posted by Kent Crockett at 9:19 AM

Did O.J. Simpson get away with murdering Nicole Simpson and Ron Goldman in June 1994? O.J’s blood DNA was found near the victims, on the walkway, at the rear gate, and on Ron Goldman’s boot. His blood was also found on the floor of O.J’s Bronco, along with the steering wheel, driver’s door, and console. O.J.’s defense attorneys accused the police of planting O.J.’s blood at the scene of the crime. That might plant doubt in some people’s minds, but how did Ron and Nicole’s blood get inside O.J.’s car and house?

Why would someone want to ignore evidence? Primarily because ulterior motives are involved. When Jesus performed healing miracles as the religious Pharisees watched, they refused to believe in Him because they didn't want to lose their political power. They said, “If we let Him go on like this, all men will believe in Him and the Romans will come and take away both our place and our nation” (John 11:48).

Your Authority as a Believer 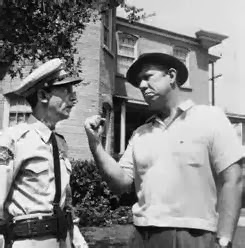 In an episode of The Andy Griffith Show, a couple of farmers were illegally selling their vegetables on the roadside. Deputy Barney Fife pulled his squad car over and told them they had to leave. The two big bullies stood up to him, saying they weren't going anywhere. Barney backed down from them and hurriedly sped away.

After returning to the courthouse, Barney was fearful of having to confront the lawbreakers again. When Sheriff Andy found out what the farmers had done, he reminded Barney that he was an officer of the law, and he had to go back and order them to get out of town.

Barney returned to the veggie stand and asked them again to leave. The thugs walked up, stood in front of him, and defiantly crossed their arms. Barney tapped on his badge, looked them in the eye, and said, "Sure, you guys are big, but this badge represents people who are a lot bigger than you are." The bullies hung their heads, backed down, got in their truck and left town.

This scene gives us a picture of the authority that believers have in the spiritual realm. In our natural strength, we'll act like Barney, fearful of the devil. Satan plants lies in our minds, telling us that we’re worthless, and that every horrible thing imaginable will happen to us. It's at that time we must remember our divine deputy badge and use our authority over Satan. Jesus said, "I have given you authority...over all the power of the enemy, and nothing shall injure you" (Luke 10:19).

You have been "deputized" by the King of kings, and the spiritual badge you're wearing represents a God who is much bigger than the devil. When you submit to God and stand in your authority, you can stand up to the devil, resist him, and he will flee (James 4:7). Satan is terrified of believers who realize they have authority over him and command him to leave. So don’t let him torment you with fear and worry for another minute. Use your spiritual authority and order him to "get out of town."  www.kentcrockett.blogspot.com   www.makinglifecount.net
*********************************
Two books to help you grow in your faith
SlayingYour Giants is filled with numerous interesting stories, humor, and practical advice about how to conquer 20 giants you will face in life (fear, depression, discontentment, self-image, anger, and more)


The Sure Cure for Worry contains amazing true stories and will help the reader see God is in control. (For those who may doubt the existence of God and those who need guidance)

Posted by Kent Crockett at 4:53 PM