In Search of the Greener Grass 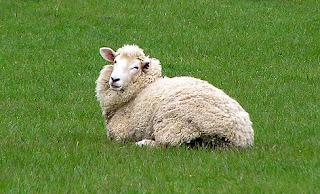 Abram’s and Lot’s herdsmen argued because their herds became too large and the land could no longer sustain them. Abram told Lot, “I don’t want strife between us, so I’ll give you the first choice of the land for your flocks and herds.” Lot chose the green valley of Sodom because it would be a good place for his livestock. But the greener grass wasn’t as nice as it seemed. The people living there were evil, and Abram later had to come rescue him (Gen. 13:7-13).

The “greener grass syndrome” tells you that you can’t be happy where you are right now. You need to go somewhere else. Do something else. Be with someone else. The life you’re living is terrible. Everyone else has a better life. If you could just get a little more, you’d be happy too.

But it doesn’t matter how much you’ve accumulated if you can’t enjoy what you have. “God gives some people wealth, possessions and honor, so that they lack nothing their hearts desire, but God does not grant them the ability to enjoy them” Eccl. 6:2 (NIV). If you don’t have the God-given ability to enjoy life, you’ll never by happy no matter where you go or what you get.

But there really is green grass available to be found. It’s located in Psalm 23:1-2. “The Lord is my shepherd . . . He makes me lie down in green pastures.” Notice it doesn’t say He makes us run all over the world searching for green pastures. When we follow the Shepherd, He makes us lie down in it. That’s a restful, relaxed spirit.

The grass is always greenest in the center of God’s will. Discontentment always points us to a place where God isn’t leading, but contentment is always happy wherever He leads. That’s where you’ll be the most satisfied and fulfilled, and where you’ll be most pleasing to the Lord. But you’ll never find the greener grass unless you follow the Shepherd.  www.kentcrockett.blogspot.com

I LOVE THIS SONG: The New 23rd Psalm 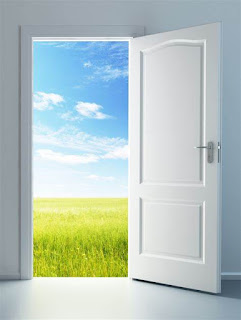 You drive up to iron gate at a subdivision to visit a friend. The gate is closed the keep people out, but you can open it if you have a remote, or if you punch in the right code.
One of the ways God guides us is through open and closed doors. God has the ability to open doors that no one can shut, and shut doors that no one can open (Rev. 3:7). An open door is when an opportunity opens up for us, such as being offered a better job. He can also prevent us from making a wrong decision by keeping the door closed. When God opens a door it’s for our advantage, and when He closes a door it’s for our protection.
Just because a door is closed doesn’t meant that it’s not God’s will. Sometimes the Lord wants to develop our faith by having us knock on the door until it opens. Jesus told a parable about a man who went to a friend’s house at midnight and knocked on his door, asking for bread (Luke 11:5-8).
His neighbor denied his request and wanted him to go away. But the man kept pounding on the door, knowing his friend wouldn’t get any sleep until he opened it and gave him some bread. Jesus said, “I tell you, even though he will not get up and give him anything because he is his friend, yet because of his persistence he will get up and give him as much as he needs” (Luke 11:8).
And just because a door is open doesn’t mean that it is God’s will to walk through it. Sometimes an opportunity looks too good to pass up, but the open door will actually hurt us if we go down that road. So how do we know which open door to go through? By asking God for wisdom and discernment. The Holy Spirit will guide us into all truth, which includes choosing the right doors (John 16:13). www.kentcrockett.blogspot.com

Posted by Kent Crockett at 6:04 PM

A Plane Without a Pilot 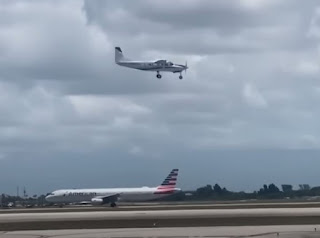 This week Darren Harrison was a passenger on a Cessna 208 Caravan when the pilot had a medical emergency and was incapable of flying the plane. Harrison, who had no experience flying and was the only passenger, was suddenly promoted to pilot, which meant he had to land the plane!

He radioed the airport traffic control tower and said, “My pilot has gone incoherent. I have no idea how to fly the airplane.” When the air traffic controller asked his position, Harrison said, “I don’t know. I have the coast of Florida in front of me.”

The controller told him to keep the wings level and follow the coast while they attempted to locate him on the radar. They eventually located him off the coast of Boca Raton. One of the air traffic controllers was also a flight instructor and guided him one step at a time to a safe landing at Palm Beach International Airport. An aviation expert said it was the first time he had heard of someone with no flying experience landing a plane as complicated as a Cessna Caravan. “[Harrison] followed instructions with great calm. That’s what made the difference.”

How would you feel if you were forced to land a plane? When God told Abram to leave his country and go to a foreign country (Gen 12:1), he must have felt like a passenger being forced to fly a plane. Abram “went out not knowing where he was going” (Heb. 11:8), and only God could guide him to where he would “land.” When he arrived in the Promised Land, God told him, “To your descendants I will give this land” (Gen. 12:7).

The time will come when you will be forced to make an uncomfortable change. Don’t panic. Just as an air traffic controller guided the passenger on how to land the plane, God will guide you to where He wants you to land and how to get there. Trust the control tower.  www.kentcrockett.blogspot.com

Posted by Kent Crockett at 3:27 PM

Arguing With a Fool 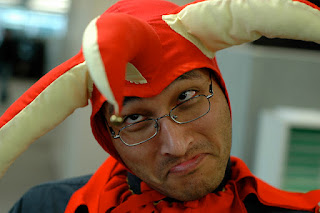 King Solomon wrote many proverbs about fools living at his time, and there’s certainly no shortage of fools living today. Arguing with a fool is like wrestling with a pig. You’ll both get dirty and the pig enjoys the mud.

Notice the word “lest” in both verses. Lest means “to keep from” or “something done to avoid a consequence.” In verse 4 it says DO NOT ANSWER him. Why? To keep you from becoming like him. The fool loves to argue and has no interest in listening to you or learning anything. “Fools despise wisdom and instruction” (Prov. 1:7). If you keep trying to argue with him, you’ll lower yourself to his level and wallow in the mud, like wrestling with a pig.

In verse 5 it says DO ANSWER him. Why? To keep him from thinking he’s always right. The fool is smug and assumes your silence means his opinion is correct. “A fool is right in his own eyes” (Prov. 12:15). Wisdom is knowing when to keep silent and when to speak.

We see Jesus following Proverbs 26:4-5 when He was brought before Pilate. Jesus told Pilate that His kingdom was not of this world and He came to bear witness to the truth (John18:33-37). Then Pilate asked, “Where are you from?” Jesus DID NOT ANSWER him (John 19:9)

Then Pilate tried to intimidate Jesus by arguing, “Do you not know that I have authority to release you, and I have authority to crucify you?” This time Jesus DID ANSWER him by informing him about God’s sovereignty. He said, “You would have no authority over Me, unless it had been given you from above” (John 19:10-11). At this point, Pilate could have repented, but he didn’t.

After saying this, Jesus NEVER SAID ANYTHING TO HIM AGAIN.

WHAT IS THE BEST WAY TO DEAL WITH A FOOL?  In most cases, you are wise to not engage with a fool. However, in some instances, you can try to give him a bit of truthful information like Jesus did to Pilate. If the fool doesn’t accept the information, there’s no need to keep talking.

Don’t argue with a fool because you can’t change a mind that doesn’t want to be changed. A man convinced against his will is of the same opinion still. You’ll enjoy peace of mind if you’ll spend your time fellowshipping with wise people (Prov. 13:20). www.kentcrockett.blogspot.com

CLICK HERE TO WATCH Kent’s teaching on “The Antichrist”

Posted by Kent Crockett at 4:59 PM