Proof the Bible is True! 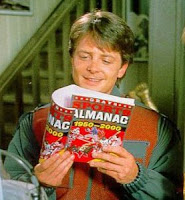 Many people attack the Bible because they think it isn’t true, but what if it can predict the future?

In the movie Back to the Future part 2, Marty McFly gets in his time machine and travels 30 years into the future. As Marty walks down the street, he sees a sports almanac in an antique store window, which lists all the scores from the year 1950 to 2000. Marty buys the book and takes it back to 1985 so he can bet on all the games. Since the outcome of every game has already been determined in history future, he would win every time. The plan backfires when his enemy, Biff Tannen, steals the book and places the sure bets, making himself rich instead of Marty.

The prophecies of the Bible can be compared to the sports almanac that Marty bought. Just as the scores of future games were recorded in his almanac, God’s predictions of future events are recorded in the Scriptures. We’re not talking about the end-of-the-world prophecies that are still waiting to be fulfilled, but the hundreds of predictions by the Old Testament prophets that have already come to pass.

How is it possible to predict the future when it hasn’t occurred? The prophets received specific information directly from God, who told them to record in the Scriptures what would happen in the future. The prophets would die long before most of their predictions would come to pass.

Time has proven the prophets to be correct. The prophet Micah (5:2) predicted the Messiah would be born in Bethlehem over 700 years before Christ was born. Zechariah (11:12) looked over 500 years into the future and foresaw the Messiah would be betrayed for 30 pieces of silver. Psalm 22 describes the crucifixion of Jesus 1,000 years into the future, prophesying His hands and feet would be pierced and lots would be cast for His garments.

God made sure these prophecies were recorded in Scripture so that we would be able to verify them after they came to pass. Jesus said, "I am telling you before it comes to pass, so that when it does occur, you may believe that I am He" (John 13:19, 14:29). 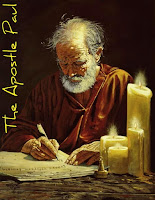 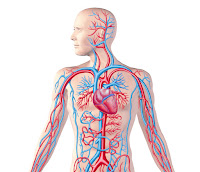 You were probably taught in school that evolution is a scientific fact. It isn’t. It’s only a theory that takes a great deal of faith to believe. If you think evolution might be true, here are three things you must believe.

1. To believe in evolution, you must believe that life arose from non-life. Evolution can’t explain how this happened. Brilliant scientists have tried to create life in a laboratory with the purpose of proving life arose by accident—and that no intelligence was required to do it! But they’ve failed to make it happen.

2. To believe in evolution, you must believe that all life on earth originated from a molecule in a “primordial soup.” Isaac Asimov said, “Once upon a time…perhaps two and a half billion years ago, under a deadly sun, in an ammoniated ocean topped by a poisonous atmosphere in the midst of a soup of organic molecules, a nucleic acid molecule came accidentally into being that could somehow bring about the existence of another like itself.”

Evolution claims that all life on earth—every elephant and every ant, every fish and every bird, every person and every gnat, every tree and every blade of grass in the entire world came from this one molecule. It takes a great deal of faith to believe that a single molecule eventually produced every living thing on the entire planet.

3. To believe in evolution, you must believe every part of the amazingly complex human body coordinated itself by accident. All 206 bones, 600 muscles, respiratory system, circulatory system, etc. are fitted in the right places and coordinated to work together. This makes it an irreducibly complex system, meaning that each part is useless without being coordinated with the other parts. For example, take away the spring of a mousetrap and the trap becomes useless. All the parts of the human body had to come together at the same time, which can’t be explained by evolution.

There’s a better answer for how we got here. The intricate design of every living thing must have come from an Intelligent Designer. Your computer has many complex parts that work together as a unit, and you know an intelligent person designed and coordinated each part so that it can function. Even though you weren’t there to see the computer being designed and built, you have no doubt that someone, somewhere, made it happen. The same can be said for the human body.