Seeking to Impress Others? 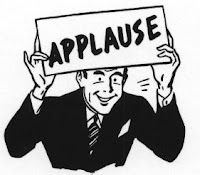 A businessman’s office wall was covered with award plaques and framed documents. On it was a diploma from Harvard Business School, a “National Salesman of the Year” award, and a letter from the President of the United States. A visitor was impressed by his honors and asked, “How did you manage to accomplish so much in such a short time?” “It really wasn’t that hard,” the man replied. “I have a sign-printing business.”

Hypocrisy is trying to impress others by pretending to be something that we’re not. Jesus called the Pharisees hypocrites because they performed their religious duties “to be seen” by men (Matt. 6:1). “To be seen” in Greek is theathemai which is where we get our word “theatre.” The actors on the Greek stage performed in the theatre and craved for the applause of their audience.

The Pharisees were religious actors, playing the role of a righteous person in the “theatre” of street corners, synagogues, and the temple. They longed for applause of people rather than the applause of God.

Posted by Kent Crockett at 5:37 PM

Are You Burying Your Talent? 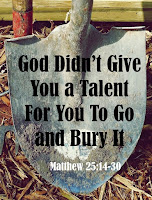 Jesus told a parable about a master who gave money to three slaves to invest and multiply. He gave one slave five talents, another two, and another one talent—each according to his ability. The one-talent slave shirked his responsibility and buried his talent. His master was furious because he didn’t use it to the best of his ability (Matt. 25:14-30).

God expects you to use what He gave you—whether it’s 5 talents or if it’s only one. Just because he only had one talent didn’t give him a right to bury it. One-talent people can make a huge difference if they will make the most of what they have.

Trey Woods was born with only one arm but he earned a scholarship to play football at Sam Houston State University as a defensive back. Dawuan Miller was another one-armed man who became a defensive back for Boise State University. You would think they would be glad to just sit on the bench, but not so. Woods used his one arm to break the school’s career record with twelve blocked kicks. Dawuan used his one arm to intercept two passes in playoff games.

On , Sam Houston State played Boise State in football. For the first time in the history of the sport, two colleges played a game with one-armed defensive backs starting for each team. Few will remember the score of the game, but no one will forget how two one-armed players overshadowed the rest of the talent on the field.

Posted by Kent Crockett at 8:37 AM

How Do We Know The Titanic Really Sank?

The Titanic sank in the Atlantic Ocean on April 15, 1912, but how do we know for sure? No one alive today was there when it sank. So does that mean it never happened? Do you have to swim to the bottom of the Atlantic to see it with your own eyes before you will believe?

Approximately 1,500 passengers drowned but 700 people survived the tragedy. Those survivors were eyewitnesses to the accident, and newspapers recorded their comments about what they saw. No one living today questions whether or not the Titanic sank because we have a record of the eyewitness reports.

How do we know Jesus rose from the dead? Just like we know about the Titanic—through the eyewitness reports. Paul writes, "He was raised the third day according to the Scriptures, and that He appeared to Cephas, then to the twelve. After that He appeared to more than 500 brethren at one time...then He also appeared to James and all the apostles...and He appeared to me (Paul) also." (1 Cor. 15:6-8).

But here's the real proof. The disciples were so convinced of His resurrection they were willing to die for Him. And most of them did. When they were threatened with death and offered their release if they would deny Christ, they would not renounce Him.

Posted by Kent Crockett at 1:47 PM

Will Anyone Have a Dirty Robe in Heaven? 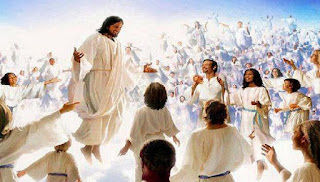 After David committed adultery with Bathsheba, he wrote, “Wash me and I shall be whiter than snow.” (Psalm 51:7). Why did he say “whiter than snow”? Even a fresh snowflake isn’t entirely white. On every snowflake you will find a tiny speck of dust that it picks up while falling. Even though it’s white, it’s not completely clean.

Jesus shed His blood on the cross for a reason—it “cleanses us from all sin” (1 John 1:7). Not some sin. All sin. His blood is the only hope we have to be cleansed. Suppose you get a spot on your clothes. The cleaners use a chemical on it that’s stronger than the spot. Your sins make dirty spots on your soul. The only thing more powerful than your sins is Jesus’ blood.

Two Heads Aren't Better Than One 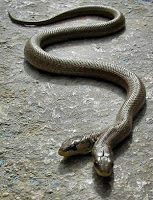 Scientists studied a two-headed snake and discovered that each head had a mind of its own. One moment it would crawl one way, then the other mind would take over and it would slither in a completely different direction. Both heads were competing to control the body.

3. Doubt destroys your confidence. You can’t make up your mind because the two voices tell you opposite things. To be confident you must be sure about what to do.