How Can Anyone Correctly Interpret the Bible? 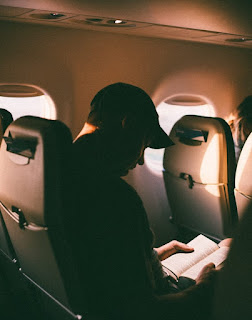 Author Peter Lord was on a trip and waiting in the Salt Lake City airport for a connecting flight. A group of men, who were returning from a hunting trip, were waiting to board the same plane.
After boarding the plane, one of the hunters got seated. He pulled out a book on prayer called Prayer 101 that he would be teaching in a class at his church. He had been praying God would show him how to teach it because he was confused about a few things and was nervous about leading the class.

Peter sat down next to him and introduced himself. “Hi, my name’s Peter Lord.”
With a puzzled look on his face, he said, “I’m Clint. That’s funny, I’m about to teach this book written by an author with the same name.” He showed him the cover.  Peter said, “Yes, I’m the author of that book.”

He Only Forgot to Plan for One Thing 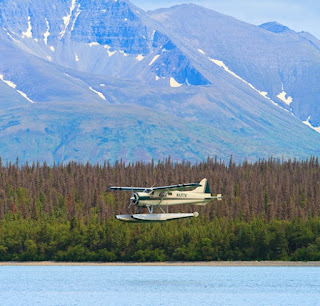 In spring 1981, a young man flew to Alaska to photograph the scenery and wildlife in the wilderness. He diligently planed for everything he would need to make his adventure a success; photo equipment, 500 rolls of film, several firearms, and 1,400 pounds of provisions.
Every day he journaled in his diary about the scenery and wildlife he saw. But as the months passed, his diary turned into a horrifying record of a nightmare. He had made plans to live in Alaska for a few months, but he forgot to make plans how to get out!
In August he wrote, “I think I should have used more foresight about arranging my departure. I’ll find out soon.” In November, his body was found in a valley over two hundred miles from Fairbanks. An investigation revealed he failed to make plans to exit Alaska.
Jesus told a parable about a rich man who was so successful that he didn’t have room to store his abundant crops. He decided to tear down his barns and build bigger ones. He told himself, “Soul, you have many goods laid up for many years to come; take your ease, eat, drink and be merry” (Luke 12:19).
He assumed he would have many years to live, “But God said to him, ‘You fool! This very night your soul is required of you; and now who will own what you have prepared?’ So is the man who stores up treasure for himself, and is not rich toward God” (Luke 12:16-21). God called him a fool because he thought he would live a long time, but he died that night.
He didn’t prepare for his exit from this life and where he would spend eternity. Have you planned for your departure? Here is how to do it.
Over 270 printable Bible studies at www.makinglifecount.net
****************************************************************************************************
BIBLE STUDY:  Did 2 different people write the Book of Isaiah?
Receive these devotionals (free) by email: You can subscribe in the box on the right at www.kentcrockett.blogspot.com (Your email will not be given out. You’ll receive an email when the new devotional is posted)
Making Life Count Ministries
P.O. Box 680174
Prattville, Alabama 36068-0174
www.makinglifecount.net  Twitter: @KentCrockett
www.kentcrockett.blogspot.com
Posted by Kent Crockett at 5:34 PM 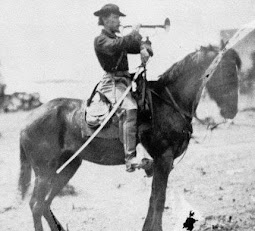 In the war of the Rhine in 1794, the French took over an Austrian village without striking a blow. Here is how they did it. The French were planning to attack the village at ten o'clock at night. However, the six hundred Austrian soldiers who were defending the city found out about the attack and were ready for it.
Instead of attacking, the French sent their trumpeter Joseph Werck into the city under the cover of darkness, who slipped in with the Austrian troops. At ten o'clock, Werck blew his trumpet in the Austrian manner for the soldiers to rally, and then a few minutes later he sounded for them to retreat. The Austrians, deceived by the signal, immediately retreated, and the French soldiers captured the village without any opposition!
The Austrian soldiers ran away when they heard the French trumpeter sounding from them to retreat. Today multitudes of trumpets are blowing into our ears, telling us to give up without a fight. Satan tries to deceive us by blowing his trumpet of fear, trying to stop us from doing God's will.
The devil will try to make you retreat by intimidating you, but God says, “Be strong and courageous, do not be afraid or tremble at them, for the Lord your God is the one who goes with you. He will not fail you or forsake you” (Deut. 31:6). Which command are you going to obey—Satan's trumpet or God's Word?
Over 270 printable Bible studies at www.makinglifecount.net
****************************************************************************************************
BIBLE STUDY:  Do 2 Samuel 14 and 1 Chronicles 21 contradict each other?
Receive these devotionals (free) by email: You can subscribe in the box on the right at www.kentcrockett.blogspot.com (Your email will not be given out. You’ll receive an email when the new devotional is posted)
Making Life Count Ministries
P.O. Box 680174
Prattville, Alabama 36068-0174
www.makinglifecount.net  Twitter: @KentCrockett
www.kentcrockett.blogspot.com
Posted by Kent Crockett at 4:49 PM 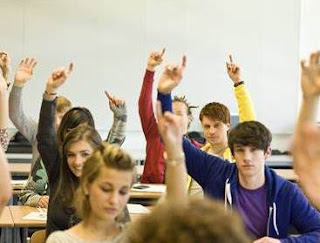