Thou Shall Not Fear! 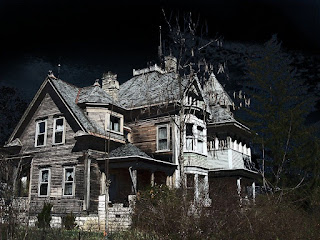 When my friend Max was a boy, he visited his great aunt Ruth to spend the night. He was always afraid to sleep there because she lived in an old, spooky three-story house, where the floors creaked like a haunted house in the movies.
That night he went to his bedroom on the third floor and climbed into bed. The room was dark, but enough light was coming through the window that he could see a man standing in the corner of the bedroom!

Max was absolutely terrified. He knew that if he tried to make a run for the door, the man could easily catch him. He figured the only thing to do was to lay still and pretend to be asleep. All night long he worried about the man. He lay in bed with one eye open, ready to run if the man made a move.

He kept still for hours until the sun came up, and as it got brighter in the room, he could see that the man in the corner was. . . just a coat rack with a hat on it! He spent a night in torment because he believed something that wasn’t true.
Although some fears are based on reality, most fear and worry are usually nothing more than our imaginations out of control. Ninety-two percent of the things we worry about will never happen. You’re probably thinking, “But what about the other 8%? That's what makes me worry.” The other 8% of things we worry about won’t be as bad as we think, or God will give us the grace to get through them. That takes care of 100% our worries.

You cannot worry and trust God at the same time. One forces out the other. Putting your complete trust in God is the only cure for worry. David wrote, “When I am afraid, I will put my trust in You . . . In God I have put my trust. I shall not be afraid” (Psalm 56:3-4). Are you worrying, or are you trusting God?
www.makinglifecount.net 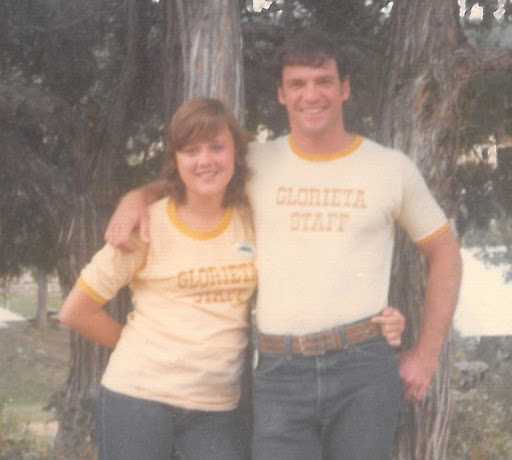 When I was in college, a friend of mine went to Glorieta Baptist Conference Center in New Mexico to work on their summer staff. After he came home, I called him to ask about his summer. During our conversation he told me, “Kent, you need to go work on staff at Glorieta next summer.”
I had never been to that place and had no interest in going there. But when I returned to college, the words kept coming to my mind, You need to go work on staff at Glorieta next summer. I could not get those words out of my head. I wondered, why do I keep thinking about working on staff at a Baptist conference center in New Mexico? At the time I was a Christian, but wasn’t a Baptist.
About the tenth time the thought came to my mind, I finally called the place and asked for an application. The person taking my call told me, “I’ll be glad to send you a form. However, you must realize that we receive about three thousand applications for our summer staff positions and we can only choose three hundred.” I assumed they wouldn’t choose me since I wasn’t a Baptist, but I figured I had nothing to lose by mailing them my application. To my surprise, I received a letter saying they wanted me to work on their staff.
The following summer, I traveled nine hundred miles to the camp I had never seen before. I was pleased to find out that half of the staff workers were college-aged females—including one who became my future wife! We dated that summer and married two years later. The thought that kept repeating in my mind was actually God telling me what to do.
Sometimes God reveals His will to me by speaking the same message to my mind again and again until I finally “get it.” God says, “I will instruct you and teach you in the way which you should go. I will advise you with My eye upon you” (Psalm 32:8).
SIDE NOTE: A seminary professor speaking at the conference center helped me get enrolled in Southwestern Baptist Theological Seminary so I could prepare for ministry, which was another reason why God led me to work at the Baptist Conference Center. www.makinglifecount.net
BIBLE STUDY:  Why did Jesus talk about Himself in third person?
****************************************************************************************************
Making Life Count Ministries
P.O. Box 680174
Prattville, Alabama 36068-0174
www.makinglifecount.net  Twitter: @KentCrockett
www.kentcrockett.blogspot.com

Posted by Kent Crockett at 2:03 PM 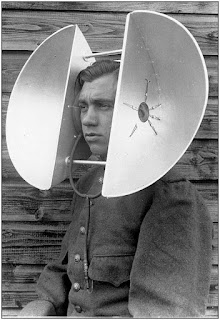 The young man had lost his job and didn’t know which way to turn, so he went to see the old preacher. Walking back and forth in the preacher’s study, the young man ranted about his problem. He shouted, “I’ve begged God to say something to help me. Tell me, Preacher, why doesn’t God answer me?”

The old preacher, who sat across the room, quietly spoke words of wisdom, but the young man couldn’t hear what he said. “What did you say?” he asked.

The preacher softly repeated himself, but it was still hard to hear. The young man moved closer until he was leaning on the preacher’s chair. “I’m sorry, but I still didn’t hear you.”

With their heads nearly touching, the old preacher repeated his statement. “God sometimes whispers so we will move closer to hear Him.” When we are going through troubling times, God wants us to draw closer to Him so we can hear His voice.

The prophet Elijah was troubled and afraid of Jezebel, who had threatened to kill him. Instead of trusting God to protect him, he ran away and hid in a cave. Then the Lord asked him, “What are you doing here, Elijah?” (1 Kings 19:9) God hadn’t told him to hide in a cave, so why was he there?

God then manifested His supernatural power by sending a strong wind, an earthquake, and a fire. Sometimes we think God must do something loud and unusual to make His will clear to us. But God didn’t speak to him through those things. He followed those loud demonstrations by speaking to Elijah in a still, small voice, which was a low whisper (19:12).

God’s voice will become clearer as we draw closer to Him. “Draw near to God and He will draw near to you” (James 4:8). Draw close to Him, quiet your spirit, and listen carefully. Then you will hear Him whisper to your spirit. www.makinglifecount.net

How Can Salt Lose Its Saltiness? 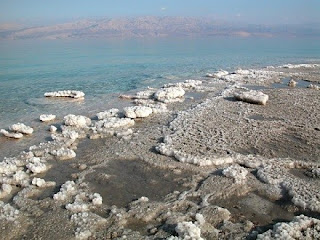 Jesus said, “You are the salt of the earth. But if the salt loses its saltiness, how can it be made salty again? It is no longer good for anything, except to be thrown out and trampled underfoot” (Matt. 5:13). In those days, salt was used to preserve food. The only way salt can lose its saltiness is to dissolve it.
The salt at that time was not refined like the pure granular salt we buy today at the store, but was poor-quality rock salt. Salt in Israel came from the rock salt found by the Dead Sea. When people gathered up chunks of salt, dirt and gravel were collected with it into a bag. Later, if the salt got wet and dissolved, the insoluble bits of rock would remain. It didn’t take much moisture to dilute the salt and leave behind a bag of useless tiny stones.

Once most of the salt content was lost, it was no longer useful. However, it couldn’t be tossed in a garden or a field because the remaining salt would ruin the soil. The best place to dispose of it was in the street, where it was “trampled underfoot” by pedestrians.

Since Jesus’ followers are the salt of the earth, that means faith is what makes a believer salty. Salt loses its saltiness when it is diluted, and a believer loses his saltiness when he waters down the gospel and compromises his faith. His faith is diluted by worldly ideas and immoral living, which makes it useless.