Did the Bible Predict Television? 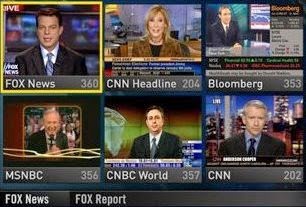 God knows everything that will happen in the future and has chosen to reveal some things in His Word. Many prophecies are clearly described while others are in cryptic language or insinuate what will happen. Several Scriptures indicate that the whole world will instantly view certain events taking place in Israel.

During the future 7-year Tribulation Period, two prophets will be killed in Jerusalem and their dead bodies will lie in the streets for 3½ days. The Bible indicates that people from all over the world will watch this event, which would only be possible through TV and the Internet:

Revelation 11:8-10 Their bodies will lie in the public square of the great city—which is figuratively called Sodom and Egypt—where also their Lord was crucified. For three and a half days some from every people, tribe, language and nation will gaze on their bodies and refuse them burial. The inhabitants of the earth will gloat over them and will celebrate by sending each other gifts, because these two prophets had tormented those who live on the earth.

Another future event concerns the invasion of Israel by several nations where God will supernaturally protect Israel and give them victory... To continue reading, click on “Does the Bible Predict TV and the Internet?"
www.kentcrockett.blogspot.com  www.makinglifecount.net

READ MORE STUDIES ON PROPHECY: Bible Prophecy Studies
Worried about the future? Read The Sure Cure for Worry

Posted by Kent Crockett at 2:19 PM