A Thief as a Role Model 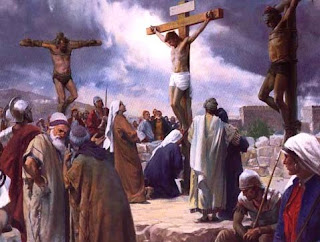 A thief dying on the cross next to Jesus said, "Jesus, remember me in your kingdom" (Luke 23:42). Here’s what’s amazing—He trusted a dying man to save him! Jesus was covered with blood with nails in His hands and feet, and looked totally helpless. The religious leaders and soldiers asked Him to come down from the cross, but it looked like Jesus didn't have the power to do that. But the repentant thief saw something in Him that most people couldn’t see.

IT TAKES THE WHOLE CROSS
The thief could have said, "Jesus, you're dying on a cross and I'm dying on a cross." Why don't you pay for 80% of my sins on your cross and I'll pay for the other 20% on my cross." That's what some people say. "Lord, you do your part and I'll do my part. I'll pay for my part by going to church and by trying my best."  But it doesn't work that way. There can't be two Saviors--both you and Jesus. You must trust Jesus to pay for 100% of your sins. God can't save us until we stop trying to save ourselves.

YOU CANNOT SAVE YOURSELF
A boy was drowning in a lake. His mother couldn't swim, so she called out for help. A man stood nearby but made no effort to save him. As the boy was going down for the last time, the man dove into the water and rescued him. The mother asked, "Why did you wait to save him?" The man replied, "As long as he was trying to save himself, he would have dragged me down with him. But when he stopped trying to save himself—then I could save him."

THE THIEF IS A ROLE MODEL ON HOW TO BE SAVED
He knew he didn't deserve salvation
He knew he couldn't save himself
He placed his faith in a dying Savior
He called out to Jesus to be saved.

"Do This in REMEMBRANCE of Me" 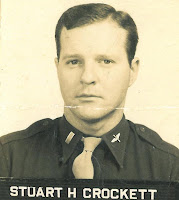 Jesus made a similar statement at the last supper. He took bread and said, “This is my body which is given for you; do this in remembrance of Me.” (Luke 22:19). He didn’t mean it was His actual body (because His hand was holding up the bread) but it was a picture of His body that would soon be sacrificed. They ate the bread to remember Him and what He did.

He took a cup of wine and said, “This cup is the new covenant in My blood, which is shed for you” (Luke 22:20). He didn’t mean the wine was His literal His blood (because His blood was inside His body), but it was a picture of His blood that would be shed at the crucifixion. 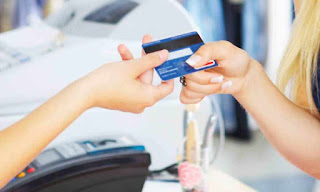 I'm sure you've gone to a store and paid for an item using your credit card.  You walked out of the store with it even though it wasn’t actually paid for. Your credit card was a guarantee the bill would be paid sometime in the future.

People who lived in the Old Testament used their animals as credit cards. They sinned against God and needed to pay the debt, so they "charged" their sins on spiritual credit cards through animal sacrifices.
They took their VISA cards (Very Important Sacrifice of Animals) to the Temple in Jerusalem where the transaction took place. The priests (the store clerks) sacrificed the animals on the altar (like scanning your credit card) and the client's sins were charged by faith to the future Messiah's account.

Millions of animals were sacrificed over the centuries but not one drop of that animal blood could ever wash away sins. “For it is impossible for the blood of bulls and goats to take away sins” (Heb. 10:4).  So why did God have them sacrifice so many animals? It was an object lesson for them. Without the sacrificial system, they would have never understood why Jesus had to die for their sins.

A Testimony for Caiaphas 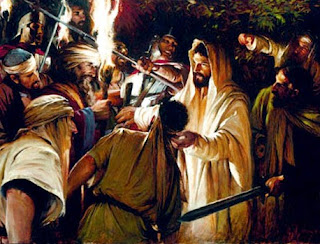 When Jesus was arrested in the Garden of Gethsemane, Peter tried to fight off the attackers. “Simon Peter then, having a sword, drew it and struck the high priest’s slave, and cut off his right ear; and the slave’s name was Malchus” (John 18:10). Jesus picked up the ear and placed it back on Malchus’ head! (Luke 22:51). This miracle would serve as a testimony to Caiaphas as proof that Jesus is the Messiah.

There can be no doubt Malchus reported this incredible miracle to his boss, the high priest. Caiaphas had previously prophesied that Jesus was going to die for the nation (John 11:49-51) but now God gave him undeniable evidence to consider so he would believe in Jesus. Caiaphas chose to send Jesus to the cross.

On Judgment Day, the roles will be reversed. Caiaphas the earthly high priest will stand on trial before Jesus the heavenly high priest. I’m sure Malchus’ ear will come up in the conversation, along with the fact Jesus rose from the dead. Although we don’t know if Caiaphas ever repented, tradition tells us he later converted to Christianity. If that’s true, the miracle of the severed ear might have had something to do with it. 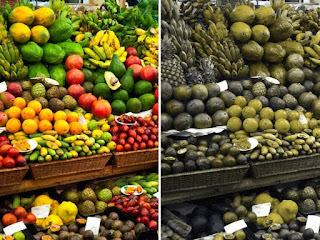 One day a friend of mine said, “I have no idea what the color green looks like.” Until then, I didn’t know that he was color blind. I pointed to some grass and asked, “What color is that to you?” He said, “It looks yellow to me.” It dawned on me that the world I can see isn’t the same world that he sees.

People who don’t believe in Jesus cannot see what God wants them to see. I heard a pastor tell about what he was like before he became a follower of Jesus. He said, “My family would point out my faults but I couldn’t see them. I got mad at them and told them they were the problem, not me. I didn’t realize that I was blind, and a blind man cannot see no matter how hard he tries to see. But when I gave my life to Christ, my eyes were opened. I could finally see what they were talking about.

People are in darkness because they have a veil over their heart which makes them spiritually blind. “But whenever a man turns to the Lord, the veil is taken away” (2 Cor. 3:16). To “turn” means to repent and have a change of heart. Jesus explained that the condition of a person’s heart determines whether they can see or not see (Matt. 13:14-16)