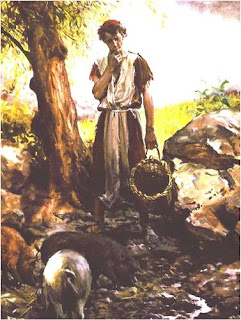 In the parable of the Prodigal Son (Luke 15:11-23), we see a process where God brings someone who has rebelled to the place of repentance.  Here are some of the steps:
1. Rebellion against the father (v.11-12) The son asked for his inheritance even though his father was still living. He loved the father's money more than he loved the father. We always rebel on the inside before it shows on the outside.
2. Rejection of the father's presence. (v.13) Not many days after this, he gathered his belongings and went on a journey to a foreign country.  It doesn't take long for the outward separation of a rebellious heart to manifest itself. His father didn't chase him down the road, begging him to return because he knew nothing he could say would change his rebellious son's mind.
3. Removal of God's provision. (v.14) After the son spent everything he had, a famine hit the land. It always does. God will remove His blessing and provision to bring the person to repentance. Some people don't realize what they have until it is taken away.
4. Realization of his true condition. (v.17) The son got a job feeding pigs, which every Jew despised. This wasn't what he had in mind when he left home. He finally "came to his senses" and realized he had made a big mistake.
5. Repentance in his heart (v.18-19) Repentance always produces a change in heart. People who repent don't point fingers at others and accuse them. The son took the blame and said, "I have sinned against heaven."
6. Returning to his father (v.20) The change in his heart changed his behavior. He decided to go back home to work as a hired man for his father.
7. Reconciliation with his father (v.20). When his father saw him coming down the road, he ran to embrace him. He didn't run after him when he left, but he did run to him when he returned because his heart was drawing toward him. "Draw near to God and He will draw near to you" (James 4:8). That's a direction where you're going.
Where are you in your relationship with God? Are you running away from Him or toward Him? If you will change your heart, He will run to embrace you!
http://www.kentcrockett.blogspot.com/
Posted by Kent Crockett at 5:05 PM 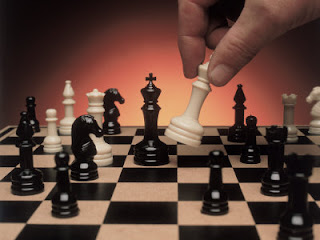 There are three parts to God's will.
1. God’s Perfect Will
This is what God wants to happen. We are in God's perfect will when we obey Him.  Romans 12:2 says “Be transformed by the renewing of your mind, that you may what the will of God is, that which is good and acceptable and perfect.” The greatest blessings are when we follow God's perfect will.
2. God’s Permissive Will
This is when God allows us to choose our own path. We are in God's permissive will when we disobey Him. Acts 14:16 says, “He permitted all the nations to go their own ways.” Everyone has a right to make their own decisions, even if it is a wrong decision!  God’s permissive will went into effect when Israel chose Saul to be their king. It wasn’t what God wanted, but He allowed them to do it. We always suffer the consequences when we choose our own way over God's.
3. God’s Providential Will
This is when God overrules the permissive will. Eph. 1:11 says, “We have obtained an inheritance, having been predestined according to His purpose who works all things after the counsel of His will.” Joseph's brothers sold him into slavery, but God later promoted him to be a ruler in Egypt.  Years later, when Joseph was reunited with his brothers, he told them, "As for you, you meant evil against me, but God meant it for good" (Gen. 50:20). The "big hand" and the "little hands" were both working at the same time. It's like a chess game that God is playing with people on earth. God uses evil people as pawns in His hand to accomplish His purposes.  It will be hard for you to see this until you totally submit yourself under His hand.
www.kentcrockett.blogspot.com
Posted by Kent Crockett at 7:42 PM