What was the Bethlehem Star? 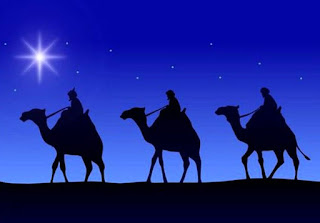 We all know the Christmas story about the wise men who followed the star to Bethlehem and asked, “Where is He who has been born King of the Jews? For we saw His star in the east and have come to worship Him." (Matt. 2:2)
But this was no ordinary star because it guided them to a house. “The star, which they had seen in the east, went on ahead of them until it came to a stop over the place where the Child was to be found . . . and after they came into the house, they saw the Child with Mary His mother (Matt. 2:9,11).

How could a star move ahead of them and then stop over a house? Bible scholars believe “His star” was a supernatural phenomenon, shining brightly like a star, but so low in the heavens that it could stand above a house and pinpoint the correct location. God created what looked like a star to lead them to the Messiah. This could have been the Shekinah glory of God, the same glory that led the children of Israel through the wilderness as a pillar of fire (Ex. 13:21). For lack of a better term, they called it a star.

The star may also have been a brilliant angel that led them to the house. Angels are called “stars” in Scripture (Rev. 1:20, 9:1). Since a host of angels appeared to the Jewish shepherds to announce where the child would be found (Luke 2:11-12), God may have used an angel to lead these Gentiles from a foreign country to find the Messiah.

Whichever you interpretation you prefer, everyone agrees God supernaturally led them to the Christ child. The Lord still wants to guide people today to find Christ. “If you seek Him, He will let you find Him” (2 Chron. 15:2).
www.kentcrockett.blogspot.com  www.makinglifecount.net