God gave Joseph two dreams that he would become a ruler over his brothers. His brothers were filled with hate and jealousy, and planned to kill him.  Instead, they changed their minds and threw him in a pit in the wilderness, trying to keep his dreams from coming to pass (Gen. 37:5-24).
Along life's highway, sooner or later someone will throw you into a pit in an effort to kill your dreams.  The dream is the destiny that God has for you. The pit is the obstacle that tries to kill your dreams. Here are three facts about the pit.
1.The pit was planned by God.
The pit was actually an abandoned cistern, which someone had dug to collect water.  God had led his brothers to Dothan (although they were unaware of His leading them) because that was where the pit was. Someone had to dig that pit at an earlier time without realizing God would use it as a holding tank to save Joseph's life. So that pit had a divine purpose. If the pit hadn't been there, his brothers would have killed him on the spot.
2.The pit makes us think the dream has died.
When Joseph was at the bottom of his pit, it didn't look like he would be a ruler in Egypt one day. There wasn't even one shred of evidence inside that dark pit that God was with him, or that his dreams would come to pass. But He was with him, and his dreams did become reality. Keep holding on to your dreams in times of darkness!
3.The pit makes us more dependent on God.
His brothers stripped Joseph of the multi-colored coat his father had given him (Gen. 37:23). When we are in the pit, we are stripped of our pride. We come to the point of helplessness. We re-examine our priorities. The pit refines us, which takes us to a new level of spiritual growth.
Eventually Joseph came out of the pit and fulfilled his destiny.  So will you.
http://www.kentcrockett.blogspot.com/
Posted by Kent Crockett at 1:55 PM 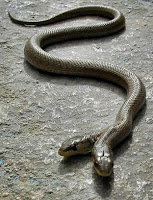