King Herod had received so many reports of Jesus healing people and performing miracles that he had to find out the truth for himself. Perhaps if Jesus would perform a miracle as he watched, the king might become His follower. "Now when Herod saw Jesus, he was exceedingly glad; for he had desired for a long time to see Him because he had heard many things about Him and he hoped to see some miracle done by Him” (Luke 23:8)

What a great opportunity for Jesus—to share truth with the king of Israel. Just think…if Herod would believe in Him, then maybe all the leaders in Israel and Rome would take note, and they also would follow Jesus. All He needed to do was perform one miracle, which He could easily do. So when they brought Jesus before him, Herod kept asking Him questions but Jesus refused to answer. Why? Didn't He realize that He was blowing a huge opportunity?

Jesus didn't answer or perform a miracle because He had already done miracles, which could easily be verified. But that wasn’t good enough for Herod. He wanted to see Jesus do a miracle with his own eyes, and then he would decide whether or not to believe in Him. The Pharisees watched Jesus miraculously heal a man’s withered hand, but did that change their minds? No. “Then the Pharisees went out and immediately plotted with the Herodians (supporters of Herod) against Him, how they might destroy Him” (Mark 3:6).

After Jesus rose from the dead, He could have appeared to Herod and said, "Remember Me? Now do you believe?" Instead, He didn't go to Herod or the high priest or the Pharisees, but He appeared only to those who already believed in Him. (1 Cor. 15:5-7). They first believed and then they saw.

I’ve often asked skeptics, if I can prove to you that the Bible is true will you believe? They'll typically keep arguing with me because they don’t want proof. It would mean they'd have to change their hearts and follow Jesus. And that’s why Herod wouldn’t have repented if Jesus performed a miracle.

Everyone is Placing a Bet 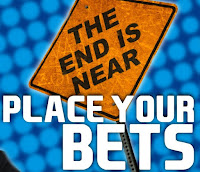 The lottery just reached $1 billion and millions of people are betting they’ll win. And everyone on the planet is placing a bet as to whether or not the Bible is true. You’re not betting with money but with your eternal soul. Jesus said, “What will it profit a man if he gains the whole world and loses his soul?” (Mark 8:36). You will either be right or wrong. Before you place your bet, you’d be wise to carefully examine some evidence you weren’t taught in school.

The evidence the Bible is true is found in the many predictions about the future that it makes, which have come to pass. Hundreds of Bible prophecies that have been fulfilled is irrefutable proof the Bible is true. Jesus fulfilled more than 300 prophecies. The probability of one man fulfilling just 48 prophecies is one in 10 to the 157th power. That’s enough proof to place your bet.

But what about evolution? You’re betting that life arose from non-life and that all life on earth arose from a molecule from a “primordial soup.” You’re betting that every elephant and every ant, every fish and every bird, every person and every gnat, every tree and every blade of grass in the entire world came from this one molecule. Scientists have purposely tried to create life in a laboratory to prove that life arose accidentally with no intelligence involved! They’ve never done it.

Consider the complexity of the human body. For example, how can evolution produce an eye? The body has 206 bones, 600 muscles, respiratory system, and circulatory system, which are all coordinated to work together. Each part is useless without being coordinated with the other parts. Take away the brain and it doesn’t work. Take away the heart or the lungs and it doesn’t work. All the parts of the human body had to come together at the same time. Evolution can’t explain this.

The complex design of the human body had to come from an Intelligent Designer. Your computer has many complex parts that work together as a unit, and you know an intelligent person designed and coordinated each part so that it can function. The same can be said for the human body.

You Can't Change Your Past, But... 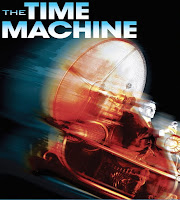 Wouldn’t you like to have a time machine so you could travel back in time to change some things in your past? You may have done some things that you'd like to undo. But the past doesn't exist anymore except in your memory. You can’t change your past but here are three things that can change.

1. You can’t change what you did in your past…but you can be cleansed of what you did. Jesus died for all your sins, not just some of them. If you’ll receive Jesus as your Lord and ask His forgiveness, He says, "I will remember their sins no more" (Heb. 8:12). If He doesn’t remember them anymore, then neither should you.

2. You can’t change the consequences of your past…but you can trust God to use your past as His testimony. God “works all things after the counsel of His will (Eph. 1:11). Paul persecuted and murdered Christians before he was converted (Acts 8:1,3, 26:10) but God used his tainted past as a testimony of His mercy. People said, “He who once persecuted us is now preaching the faith which he once tried to destroy” (Gal. 1:23).

In the 1992 Olympics, Janet Evans won the silver medal in the 400 meter free-style swim. She had the lead right up to the finish but her hand touched the wall 4/10 of a second too late for first place. She lost the lead because she looked back, which slowed her enough to be passed. Looking back cost her the gold medal. Every time we look back it costs us something.

Jesus told us to not look back when He said, “Remember Lot’s wife” (Luke 17:32). She is remembered for only one thing. As she was leaving Sodom when God was destroying the city, she looked back after being warned not to (Gen. 19:26). She did it because her heart wasn’t totally in her decision to leave. Even as she left, a part of her heart was still in Sodom.

When the children of Israel were in the wilderness, they talked about going back to Egypt when things got rough. They looked back rather than moving forward. A part of their heart was still in Egypt calling them back.