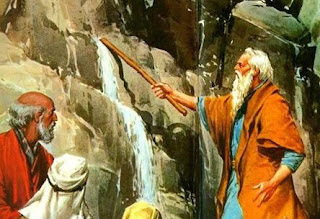 When Israel was in the wilderness they had no water to drink. They came to a mountain and the Lord told Moses, “Assemble the congregation and speak to the rock before their eyes that it might yield its water” (Numbers 20:8). Moses was probably thinking, “What? You want me to talk to this rock? That’s not going to work. I have a better idea, I’ll hit it a couple of times with my rod.” (Jesus said with faith it’s possible to speak to a mountain and cast it into the sea). Moses struck the rock twice with his rod. Because he disobeyed, he wasn’t allowed to enter the Promised Land.

It seemed like an innocent mistake. At an earlier time Moses used his rod to hit a rock to bring forth water (Ex. 17:6) but this time God changed the method. Now instead of hitting it, God wanted him to simply speak to the rock to get water. He wanted Moses to obey Him and not depend on the method he used the last time. Just because it worked that way before doesn’t mean God wants us to keep doing it that way.

The amazing thing is—even though he disobeyed God and hit the rock, the water still gushed out. What’s the lesson here? People can produce impressive results without having God’s blessing. Filthy movies can be blockbusters, but it’s not because God is in it. Drug dealers make lots of money even though God opposes what they’re doing. Obeying God is more important than looking successful in other people’s eyes. 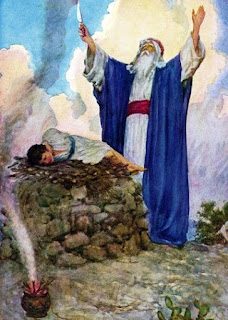 God tested Abraham’s faith in three different ways. Now we look at his third test.
The Lord promised Abraham he would have a son, but he had to wait 25 years before Sarah gave birth to Isaac. Several years after Isaac was born, God tested Abraham by asking him to offer his son back to Him (Gen. 22:1-2). The fact that this was a test means God wanted Abraham to offer him, but never intended him to be killed. God tests our faith to see if we really do trust Him.

As Abraham was about to sacrifice his son, an angel stopped him. A ram had its horns stuck in the brush and became the substitute sacrifice (22:9-14). The ram was at the right place at the right time. Abraham passed the test. He offered him just as God had said.

God rewards obedience. Years ago God called me to go to seminary to study for the ministry, even though I was broke. It would take three years and a lot of money to get my degree. I didn’t have any money but I did have a car. I decided to sacrifice my only possession in order to obey God. I planned to sell my car and use the money to pay for my first semester.
Just before I enrolled, God miraculously provided my financial need in an unexpected way, like the ram caught in the thicket. The provision paid my tuition and rent for the entire three years so I didn’t need to sell my car. I graduated without borrowing money.

Abraham's 2nd Test--Waiting on the Lord 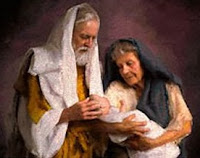 God tested Abraham’s faith in three different ways. His second test was to wait for the Lord to come through with His promise. God promised Abraham and Sarah they would have descendants that would become a great nation (Gen.12:1,7, 15:5). Of course, having descendants meant starting with a first child. Abraham was 75 years old and Sarah was 65 when God spoke the promise. It seemed impossible to start with, but God didn’t tell him they would have to wait for 25 years before the baby was born.

Sarah was the first woman in history to go through menopause before she got pregnant. “By faith even Sarah herself received ability to conceive, even beyond the proper time of life, since she considered Him faithful who had promised” (Heb. 11:11). Abraham was “fully convinced that what He had promised He was also able to perform” (Rom 4:21). When God fulfilled His promise, Sarah was 90 when she gave birth to Isaac and Abraham was 100.

God usually doesn’t answer our prayers quickly. The Lord is more concerned about you receiving His best than about how quickly you can get it. That means you’ll have to learn how to “wait upon the Lord.” David wrote, “Rest in the Lord and wait patiently for Him” (Ps. 37:7). “Waiting on the Lord” means there’s an unknown gap in time between when ask God for help and when His answer arrives. It’s during this waiting period that you’ll be the most tempted to give up on God.

Abraham's 1st Test--Stepping Into the Unknown 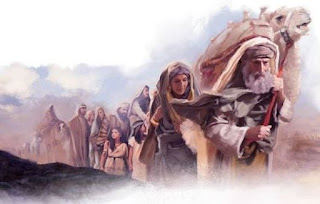 God tested Abraham’s faith in three different ways. His first test was when God told him, “Leave your country, your relatives, and your father’s family and go to the land I will show you” (Gen. 12:1). He had to leave everything behind to go into unfamiliar territory, which had to be scary.

A map drawn in 1525 of the east coast of North America, which is now in the British Museum, has some interesting comments on it. The mapmaker wrote across the areas of then unexplored land and sea the words: "Here be giants," "Here be fiery scorpions," "Here be dragons." The map later fell into the hands of the scientist, Sir John Franklin. He scratched out all the fearful markings and wrote, "Here is God."

Imagine the fear the early explorers felt when they read that map. The fear of imaginary dragons kept them from discovering new worlds. Fear of the unknown can keep us from discovering what God has planned for us. Abraham left for the unknown land because he believed “Here is God.” You will eventually be tested in this way, so here’s how to do it.

1. LEARN TO HEAR GOD SPEAK TO YOU. Don’t leave your current situation until you have a clear word from God. He will speak to you through thoughts in your mind, or a strong desire in your heart, or a change in your circumstances. He’s telling you to do something that you’ve never done before. 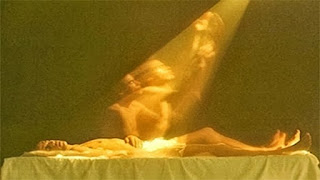 In 2013, a 37-year-old man went to sleep in his Florida home. He didn’t realize it would be the last day of his life. Sometime during the night, a sinkhole opened up under his house which literally took him to his grave. His body was never recovered.

You probably won’t die in a sinkhole but your last day on earth is coming. After you spend a few brief moments in this world, you’ll then spend the rest of your eternal existence in the afterlife. Life on earth is just a temporary world but it will determine what happens to you in eternity. There is a world beyond this world, which will last forever. Jesus said, “My kingdom is not of this world” (John 18:36).

To enter heaven when you die, you must receive Jesus Christ as your Lord during this life (John 1:12, Rom 10:13). Salvation is a free gift and is offered to all, but it must be received by faith. Those who reject Jesus will spend eternity separated from Him and His kingdom.

What will we do in heaven forever? Those who follow Jesus will have assignments, which will be privileges like eternal hobbies. “And there shall be no more curse…and His servants shall serve Him” (Rev. 22:3). Serving Him means He will have assignments for us in the next life. Heaven would be boring if we had nothing to do forever! After you’ve been saved—your faithfulness at your earthly job, your offerings to Him, and how you treated others—will determine the rewards you’ll receive and the privileges you’ll have in the next world (Matt. 25:21, 23, 1 Cor. 3:13-15).