God Will Light Your Path 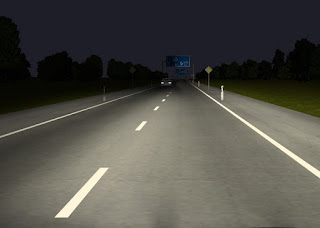 Do you need to make an important decision? Have you asked God to guide you? God says, “I will instruct you and teach you in the way which you should go.” (Psalm 32:8).

When you’re driving at night you won’t see the entire highway lit up all at once. You can only see how far your car’s headlights shine down the road. But as your car moves forward, the light keeps moving ahead of you to light your path. You’ll eventually reach your destination by following the light.

When God led Israel through the wilderness, “The pillar of cloud did not leave them by day, to guide them on their way, nor the pillar of fire by night, to light for them the way in which they were to go” (Nehemiah 9:19). Although God doesn’t lead us exactly like that today, He still guides us by illuminating our paths.

When you seek the Lord to guide you He will shine light on the right path. It might only be enough light to take one step. But when you take that step, He’ll give light for another step. He reveals His will to you a little bit at a time—like a scroll being unrolled.
God lights the path through… 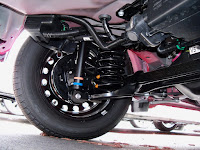 If your car hits a pothole on the highway, your shock absorber softens the impact and gives you a smoother ride. God’s grace is like a spiritual shock absorber that cushions us from the full pain whenever we’re going through a difficult time. If you fall on a pillow on a concrete floor you may experience some aching but the cushion shields you from the complete pain.

Paul had an aggravating “thorn in the flesh” and asked God to take it away. We don’t know exactly what it was but it made his life uncomfortable. The Lord told him, “My grace is sufficient for you, for power is perfected in weakness” (2 Cor. 12:9). Even though God didn’t take away his problem, He gave Paul the grace to get through it. Grace is His power to help us in what we can’t do for ourselves. Through God’s grace Paul was able to tolerate what was bothering him.

Your problem might be an obnoxious person who gets on your nerves, or it could be the grief of losing a loved one. Here is how God can help you: “The Lord is near (shock absorber) to the brokenhearted…” (Psalm 34:18). "The Lord is good, a stronghold (shock absorber) in the day of trouble, and He knows those who take refuge in Him” (Nahum 1:7). He is “the Father of mercies and God of all comfort, who comforts us in all our affliction (shock absorber) ...” (2 Cor. 1:3-4). God’s comfort eases the pain of the affliction. 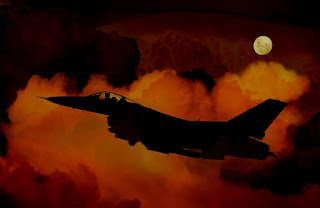 Proverbs 3:5 says, “Trust in the Lord with all your heart and do not lean on your own understanding.” The following true story illustrates this truth.

Col. Jeff Patton was an F-15 fighter pilot in the first Gulf War. On the first night of the war, his mission was to escort a large formation of fighters in bombing a chemical weapons plant in northern Iraq. The date for the attack was chosen because the absence of moonlight helped prevent the enemy defenses from detecting the Allied fighters. Flying in total darkness, the pilots were completely dependent on their instruments.

Shortly after crossing into Iraq, an Iraqi surface-to-air missile radar locked on to Jeff’s plane. He quickly maneuvered his aircraft and successfully broke the lock on his plane, but those radical movements in the dark gave him vertigo, which made him disoriented. He couldn’t tell which way was up or down.

His mind was telling him his plane was in a climbing right turn, but when he checked his instruments, they indicated he was in a 60-degree dive towards the ground! He felt certain that he was climbing instead of diving, and his mind was screaming at him to lower the nose of his F-15 to halt the climb.

Now he had to make a decision—and his life depended on making the right one. Should he trust his own senses or his instruments? His mind told him to correct the plane by turning it downward, but his instruments instructed him to do just the opposite. Because he was flying in total darkness, he had to decide quickly. The wrong decision could mean death.

He had been taught in flight training to trust his instruments in situations like this. He decided to ignore his senses and pull the aircraft out of its dive. He had made the right decision. If he had lowered the nose of his jet like his mind had been telling him, he would have crashed the plane. Trusting his instruments saved his life.

Immediately he looked at his altimeter, which told him the elevation of his aircraft. He had escaped colliding into the mountains by just 2,000 feet. If he had delayed just three more seconds in deciding, his plane would have crashed into the mountains. Even right decisions can be wrong ones if they’re made too late. (Slaying Your Giants, pp. 45-46)

Just like pilots are trained to trust their instruments, God wants us to trust Him. He will guide us through the “instruments” of his Word and His Spirit, even when logic tells us to do the opposite. If you’ll trust God with all your heart and not depend on your own understanding, you too will make right decisions. 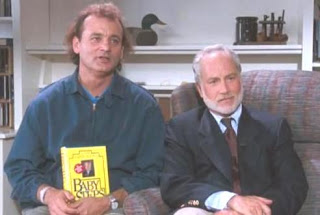 In the comedy movie What About Bob?, Bill Murray plays a man who is afraid of everything. He goes to a psychotherapist, Dr. Leo Marvin, who tells him the answer to his problem is to take baby steps. Bill asks, “What are baby steps?”

Bill Murray understands and says, “Baby steps!” As he leaves, he takes six-inch steps as he’s repeating to himself, “Baby steps…baby steps through the office….baby steps out the door...”

Your first step of faith doesn’t have to be a huge step. It can be a baby step. Just like a toddler learns to walk, every follower of Christ needs to learn how to walk by faith. Paul says, “For we walk by faith, not by sight” (2 Cor. 5:7). When God told Abraham to leave his country, “he went out, not knowing where he was going” (Heb. 11:8). He took a baby step out the door and kept walking by faith...and God led him to the Promised Land.

Walking by faith means obeying what God tells you to do. It might be stepping into unfamiliar territory like Abraham. It may be speaking up about what you believe like Stephen (Acts 6-7) or doing something you’ve never done before like Noah (Heb.11:7).