How to Change a Vicious Dog 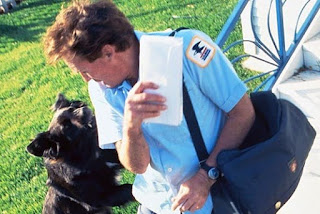 My friend Mike is a mailman for the U.S. Postal Service. When he first started delivering mail, he encountered a number of vicious dogs when he carried packages to the customers’ doors. The dogs were usually behind a fence, but it was quite unnerving to come so close to barking and growling dogs that would love to tear him apart.

He carried a can of pepper spray just in case dog ever came to attack him. But then he decided to try something different. He bought a bag of dog biscuits, and whenever he delivered a package to a door, he would toss the barking dog a treat. He kept doing this with every dog on his route. Now whenever he delivers a package, the dogs aren’t barking at him. Now they’re wagging their tails and are excited to see him! And that’s how you can change a vicious dog.

What works for dogs also works for people. Paul writes, “If your enemy is hungry, feed him. And if he is thirsty, give him a drink. For in so doing you will heap burning coals upon his head” (Romans 12:20). Your enemy is someone who barks and growls at you like an aggressive dog who wants to tear you apart. When you do something kind for your enemy, it heaps burning coals on his head, which makes him ashamed of the way he has been mistreating you. As you continue to show kindness, the barking will stop, and the tail wagging will eventually begin. And that’s how you can change a vicious enemy.
www.kentcrockett.blogspot.com  www.makinglifecount.net  @KentCrockett 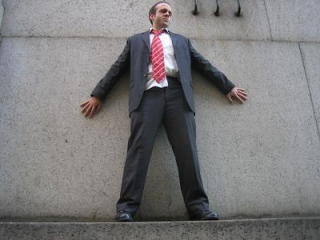 In 2001, a man in New York City went to the top of a building and threatened to jump off. He had a problem with his girlfriend and thought life wasn't worth living anymore. Policemen tried using a bullhorn to send a loud message to him. They didn’t realize that the man couldn’t hear a word they were saying--he was deaf!

One policeman realized the bullhorn would never work so he tried a different tactic. He had been a volunteer teacher of sign language in a deaf school. He went to the top of the building, and by using sign language, signaled a message to him which convinced him to not jump. He was able to reach him when the other method failed because he knew how to speak his language.

Perhaps it’s hard for you to talk with your spouse, your child, or someone else you know. You've tried using the bullhorn but it hasn't worked. You can open the lines of communication by learning how to speak their language. If you will talk about what interests them (such as their hobby), it will open the door to speak about other things.

The apostle Paul said, "To the weak I became weak, that I might win the weak. I have become all things to all men, that I may by all means save some." (1 Cor. 9:22). He didn’t compromise his beliefs, but he found a way to get on their wavelength, which led to talking to them about the Lord. Remember, if you will talk about what interests them, eventually they will start talking about what interests you. And that’s what makes relationships work.
www.kentcrockett.blogspot.com  www.makinglifecount.net  @KentCrockett