When You Pray and God is Silent 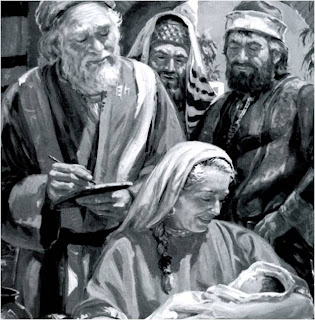 Zacharias was performing his priestly service in the Temple when suddenly the angel Gabriel appeared to the right of the altar and said, "Zacharias, your petition has been heard, and your wife Elizabeth will bear you a son" (Luke 1:13). To grasp the significance of this announcement, we must remember that he was "advanced in years" (Luke 1:7) and could very well have been 80 years old. The same Greek phrase "advanced in years" is used in Luke 2:37 of Anna, who was 84.
Elizabeth and Zacharias probably got married around age 20 or earlier and started praying for a child.  Every day for 5 years they pray, but no answer.
Ten years pass. "Lord, please answer our prayer." No answer.
Fifteen years. "God, have we done something wrong? Don't you love us?" No answer.

Elizabeth passes the age to give birth. She turns 60, then 70, then 80. They can't understand why God never answered, yet they both continued to walk blamelessly, and refused to blame God or get angry with Him. Then Zacharias is "chosen by lot" to serve in the Temple that day.  This position of service was decided by lot, and once he was chosen, this was the only time he could serve in the Temple during his lifetime. It was on this day that Gabriel shows up, calls Zacharias and Elizabeth by name, and tells them their prayer had been answered. Yes, the prayer that they prayed 60 years before!

What can we learn from this? Several things:
1.God hears our prayers, even when it seems like He doesn't.
2.He will answer the prayer in His timing, which usually isn't ours.
3.God's delays are not His denials.  Don't give up trusting Him.
4.Angels know our names and where to find us.  Gabriel called them by name and later he knew exactly where to find Mary (Luke 1:26-27).

5.We must continue to faithfully serve God, even when we don't understand. Zacharias and Elizabeth continued to faithfully serve God when they didn't receive a child.  Many people turn bitter if the answer doesn't come when they expect it, but not Z & E.
6.The longer we have to wait, the better the answer will be.  The child of Zacharias and Elizabeth was John the Baptist, whom Jesus said was the greatest of the Old Testament prophets.  John fulfilled the prophecy of Malachi 4:6 and was the one who paved the way for the Messiah.  John's ministry made the ministry of Jesus more effective, and that's why He needed a forerunner prophet to prepare the way.
Which brings us back to Zacharias and Elizabeth. They had no idea that their prayer for a child as a young married couple started a chain reaction of events that would change the world.  And so if you've been praying for something and God seems silent, just remember your role models, Zacharias and Elizabeth.
http://www.kentcrockett.blogspot.com/
Posted by Kent Crockett at 11:56 AM 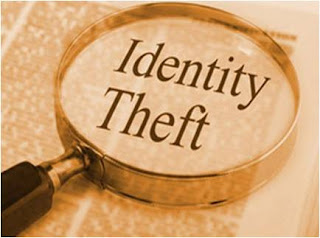 More than 9 million people have their identity stolen every year. Crooks want your personal information so they can impersonate you and charge your credit card without your knowledge. Now, more than ever, it's important to protect your identity.
Satan also wants to steal your identity and give you a false one. When Jesus was baptized, His Father spoke from heaven saying, "This is my beloved Son in whom I am well-pleased" (Matt. 3:17). Immediately after this, Jesus went into the wilderness to be tempted by the devil. Satan said to Him, "If you are the Son of God, command that these stones become bread" (Matt. 4:3). The devil was trying to get Him to doubt who He was.
You don't see Jesus saying, "Well, I thought I was the Son of God, but now I'm not so sure. Maybe I need to check out my magical powers. Pass me one of those rocks."  Satan knew if he could get Jesus to doubt His identity, He would also question everything else His Father told Him. Instead of trying to prove who He was by misusing His power, Jesus simply chose to believe what His Father had said.
The devil will try to steal your identity by planting lying thoughts in your mind about who you are. Sometimes he uses people to put false labels on you such as, "You're stupid." "You're ugly." "You're gay." "Can't you do anything right?" Don't listen to every thought the pops into your mind! It could be Satan "phishing" for your identity. He wants you to bite on the lie and believe something that's not true. Your identity comes what from you believe about yourself, even if it's a lie.
Here's what the Heavenly Father says about you.  If you have received Jesus Christ into your life, you have a new identity.  You are a new person and your old life is gone (2 Cor. 5:17).  God says you are now a child of God (1 John 3:2).  You're not just a citizen of earth, but now you're also a citizen of heaven (Phil. 3:20).  Do you believe what God says, or are you believing a lie?
http://www.kentcrockett.blogspot.com/
Posted by Kent Crockett at 2:09 PM