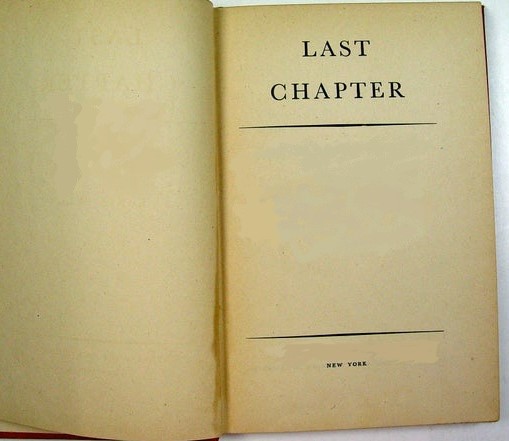 A former editor at a publishing company told a story about an author who had written a mystery novel. When she submitted the final draft, she accidentally left out the last chapter. No one caught the mistake and it sold thousands of copies, even though the last chapter was missing. Six months went by before someone contacted the publisher and asked, “Where’s the last chapter?”

The publishing team said they learned two valuable lessons through this incident. The first is to never publish a mystery novel that’s missing the last chapter. But they also learned that while many people started reading a book, few people actually finish it. The editor commented, “While many of us are good starters, few are good finishers.”

Paul wrote to Archippus, “See to it that you complete the work you have received in the Lord.” (Col. 4:17 NIV). The Lord assigned Archippus a particular task and Paul felt it was necessary to tell him to finish what he started. Perhaps he had gotten sidetracked and lost sight of his goal. Maybe he wrote a book and forgot to include the last chapter.

Everyone is writing a book about their lives, and each day is one page in your life’s journal. You can’t go back in time and rewrite the past, but you can start now writing new chapters and make a great ending. You get to choose how you want it to end. Make it a good one. www.kentcrockett.blogspot.com  www.makinglifecount.net

BIBLE STUDY: The Pre-Existence of Jesus