You Don't Know What You've Got Till It's Gone 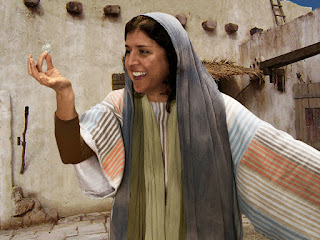 After my father received radiation treatments for throat cancer, his taste buds were damaged, which made him unable to taste food. His inability to enjoy a meal made eating a dreaded duty. The doctors told him his taste might return later, but they couldn’t promise it.

Every meal became a forced feeding to keep him alive. After eating flavorless food for over a year, he sat down for dinner one evening. He reluctantly forced the fork into his mouth and discovered that his taste had returned! My father relished each bite as never before because he experienced what it was like to eat without tasting it. His reference point for thankfulness was eating tasteless food.

Sometimes we don’t truly appreciate what we have until we lose it. If your house loses electricity for a week, you’ll quickly realize how important it was. As one song says, “You don’t know what you’ve got till it’s gone.” Why is that?

It’s because we’ve lost our appreciation for God’s blessings. After seeing them day after day, we quit noticing them, and then we stop appreciating them. But after we lose them, our eyes are opened to what we once had.

In Jesus’ parable of the lost coin, a woman had ten silver coins and lost one of them. She carefully searched through her house until she finally found it. Then she called her friends and neighbors together saying, “Rejoice with me, for I have found the coin that I had lost!” (Luke 15:8-9). She gained a new appreciation for that lost coin because she had to diligently search for it.

The key to thankfulness is to be grateful for what you already have before you lose it. Think about what it would be like without it, and it will give you a new appreciation for it. Then rejoice and thank God for having it.