The Power of Unbelief 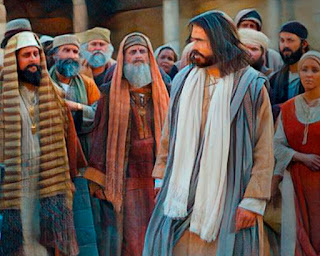 Although Jesus wanted to heal many people in His hometown, “He did not do many miracles there because of their unbelief.” (Matt. 13:58). Years ago when I lived in Kansas, I knew a man named Tom. When Tom walked, it was as if he were stepping on stickers. I asked him if he had injured his feet.
“No,” he explained. “I was born with a problem with the nerves in my feet. Doctors told me that surgery could not correct the problem and I would have to learn to live with it. I’ve had constant pain in my feet every day of my life.”
I asked if I could pray for God to heal him. “Yeah, I guess so,” he replied, as if he knew it wouldn’t do any good. And so I asked God to heal his feet and take away his pain. I didn’t feel like anything had happened when I prayed. He didn’t tell me that his feet tingled as I prayed, which would have been a nice confirmation of being healed. He slowly hobbled away, just like he had walked before.

Two days later, I saw him walking down the street and he wasn’t limping! I ran over to him. “Tom, you’re walking normally. What happened?”  “Well, the day after you prayed I woke up and the pain was gone. I haven’t had pain since then.”
“That’s amazing!” I exclaimed. “God did a miracle and healed your feet!” But I couldn’t figure out why he wasn’t excited. He wasn’t even smiling. He said, “The pain is gone but I don’t believe it.”

“What? You don’t believe it? How can you not believe it? The pain that you’ve had every day is gone!” Again he said, “I just don’t believe it. It’s just too hard to believe. The doctors said I would always have pain in my feet.” As he walked away, I was dumbfounded.

A week later I saw him hobbling as he had before. When he saw me, he said, “Well, the pain came back, just like I thought it would. I knew it was too good to be true.”

I believe God miraculously healed him, but his unbelief prevented his healing from being permanent. He refused to acknowledge the miracle or thank God for healing him. His reaction reminded me of the Scripture: “For even though they knew God, they did not honor Him as God, or give thanks…and their foolish heart was darkened” (Rom. 1:21).