What are the Odds of This Happening? 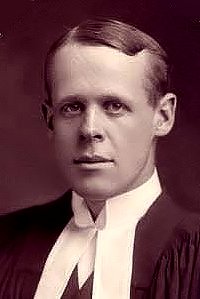 William Mackay was born in Scotland in 1839. When he left for college, his mother gave him a Bible, writing his name on the front page. After graduating from the University of Edinburgh, he enrolled in medical school. During this time, he rejected the Christian faith and sold the Bible his mother had given him.

Mackay later became a physician in a hospital and was elected president of an atheist’s society.
One day a critically injured man was placed under Dr. Mackay’s care. When his condition worsened, the patient asked for his landlady to bring him “the book.” An elderly woman arrived with the man’s Bible and the patient passed away shortly thereafter.

The man’s last request for his Bible made Mackay curious. He opened the Bible and was shocked to see his name written by his mother on the front page! Against all odds, the Bible he sold years before made it back into his own hands, as if it was a personal message from God. Mackay prayed for God to forgive him for his unbelief. Here are Mackay’s own words:

“Could I trust my eyes? It was my own Bible! …. my name was still in it, written in my mother’s hand …The regained possession of my Bible was the cause of my conversion.”