A Little Mistake with Big Consequences 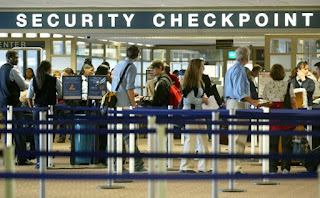 If you wanted to shut down an airport, how would you do it? Just go back for your camera. In 2001, a man who had passed through security screening at Atlanta’s Hartsfield Airport realized he had left his camera bag behind. Rather than going through security a second time, he hurried down the up-escalator instead of going through the checkpoint.
Security personnel noticed the man on the run and were forced to take preventative measures. They immediately halted all departing flights and rerouted planes that were destined for Atlanta. Delta cancelled over 147 flights, 10,000 people were evacuated from the airport, and many were scrambling to book hotel rooms. Suitcase conveyor belts were stopped, keeping passengers from claiming their bags. The breach in security cost “tens of millions of dollars” according to the Hartsfield operations manager. Who would have thought that the decision to retrieve a camera bag would have caused this much trouble?
His one stupid decision created enormous problems that cost millions of dollars. Sometimes we don’t realize our decisions create consequences that can also affect others. It’s true when it comes to getting married, handling our money, and thousands of other decisions. Sooner or later everyone will sit at the banquet of consequences. “They will eat the fruit of their ways and be filled with the fruit of their schemes” (Prov. 1:30).
An impulsive decision is usually a wrong one because you haven’t thought it through. Take your time and think about the future consequences of your decision before making it. God’s Word has much to say about how to live and make correct decisions. Sometimes you will need to do something that’s inconvenient, like going back through security checkpoint again instead hurrying down the up-escalator.  And other times, you just need the courage to do what's right.  www.makinglifecount.net  www.kentcrockett.blogspot.com
****************************************************************************************************
BIBLE STUDY: “Shall Not Kill, or Shall Not Murder?”
PREVIEW Kent’s new book Amazing Stories & Daily Devotionals
CLICK HERE to read 28 devotionals (January 1-28)
Receive these devotionals (free) by email: You can subscribe in the box on the right at www.kentcrockett.blogspot.com (Your email will not be given out. You’ll receive an email when the new devotional is posted)
Making Life Count Ministries
P.O. Box 680174
Prattville, Alabama 36068-0174
www.makinglifecount.net  Twitter: @KentCrockett
www.kentcrockett.blogspot.com
Posted by Kent Crockett at 4:47 PM