Try Doing the Opposite 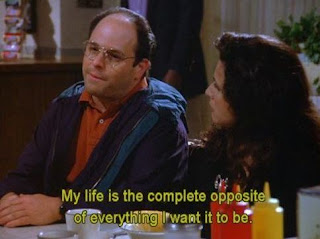 Willard Harley in his book His Needs, Her Needs says relationships work like a bank account where you make deposits and withdrawals. Deposits are pleasant and friendly interactions with others, like smiling and speaking words of encouragement. Withdrawals are angry and hurtful encounters with others, such as frowning, criticizing, and arguing. If you’re making more deposits than withdrawals with an individual, you'll have a replenishing relationship. But if you’re making more withdrawals than deposits it will become a draining relationship and it will eventually go bankrupt.

In a Seinfeld episode, George Costanza was frustrated because every decision he made had turned out to be wrong. Jerry says, "Here's your chance to do the opposite. If every instinct you have is wrong, then the opposite would have to be right." George realizes Jerry is on to something. If he acted completely opposite of his natural reactions, he might have better results. George said, "Yes! I will do the opposite!" By doing the opposite he found every situation always turned out in his favor.