Falling Overboard into the Atlantic 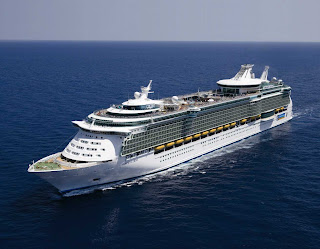 In March 2002, a 24-year old crew member on a Norway cruise ship fell overboard into the Atlantic Ocean one evening. She didn’t know how to swim. The crew discovered she was missing four hours later when she failed to show up for a late roll call.


The ship’s captain had a tough decision to make. With over 1,000 passengers who paid to go to St. Martin Island in the Caribbean, should he take them to their destination, or should he go back and search for her body? He decided to turn the ship around and go look for her, in spite of the many protests from angry passengers.


After back-tracking their path for over 4 hours, passengers gathered on the deck to look for a floating body. It's extremely difficult to spot someone in the water due to the waves, but against all odds, a passenger caught a glimpse of her—and she was still alive! She had been treading water for 10 hours, even though she didn’t know that the ship would return looking for her.


Now, change perspectives and see it through this woman's eyes. Imagine how frightened she felt after plunging into the water and watching the lights of the cruise ship disappear into the night. Can you see her frantically splashing, trying to teach herself how to dog paddle, just keeping her head barely above water? Think how terrified she must have been of the sharks in the pitch dark.


The chances of her surviving were one in a million. Her only option was to tread water throughout the night and pray for a miracle from God. Imagine her excitement when she sees the ship appear on the horizon, heading her way and soon to rescue her!  There can be no doubt that she is forever grateful to the brave captain, who refused to give in to the angry complaints of critical passengers.


This incredible rescue is an illustration of being saved by God's grace. We are all treading water in a sea of sin during our time on earth. If we go under, we will descend into hell forever. We have no hope of being saved. Yet, God does the impossible and comes looking for us.


Jesus said, "What man among you, if he has a hundred sheep and has lost one of them, does not leave the ninety-nine in open pasture, and go after the one which is lost, until he finds it?" (Luke 15:4). Jesus has come looking for you!  We can't save ourselves any more than that woman lost at sea could save herself. "For by grace you have been saved through faith, and that not of yourselves, it is the gift of God." (Eph. 2:8) All we can do is cry out in desperation. "Whoever will call upon the name of the Lord will be saved." (Rom. 10:13)