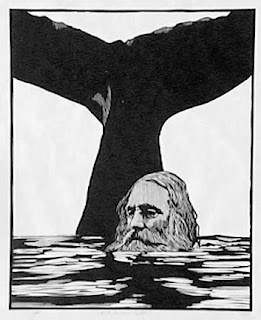 God gave the prophet Jonah an unwelcome assignment. He told him to go preach to the people of Nineveh, but instead of accepting his assignment, he ran the other way to Tarshish (Jonah 1:1-3). The Ninevites were extremely wicked and cruel. When they conquered in battle, they would literally skin their enemies alive, or cut off their heads, or cut of their hands, noses, ears, or tongues. It's no wonder that he ran!

Jonah got on board the ship to Tarshish, thinking God would leave him alone. But the Lord caused a great storm, which rocked the boat (Jonah 1:4). God will rock your boat when you try to run away from Him. Jonah admitted to the sailors that he was responsible for the storm. He told them if they would throw him overboard, the sea would become calm. Jonah had gone overboard in rebellion, and now he going overboard in repentance!

The sailors tossed him into the sea, which immediately became calm. God, through His amazing sovereignty, had a whale waiting for him at that exact place at just the right time. The whale swallowed him and then acted like a submarine to transport him back to Israel. It would have been much easier for Jonah if he would have just obeyed God in the first place! The cost of disobedience is always higher than the cost of obedience.

If you are a follower of Jesus Christ, God is going to give you some unwelcome assignments. Learn from Jonah's mistake and tell God "yes," you'll do it.  The unwelcome assignment might be being kind to someone who hates you, doing a difficult job, being patient with people who drive you crazy, or taking a stand that will make you unpopular. If God calls you to do it, trust Him to get you through it. And remember that whatever that task may be, it's not as difficult as Jonah's assignment to preach to the wicked people of Nineveh.
http://www.kentcrockett.blogspot.com/
Posted by Kent Crockett at 10:48 AM