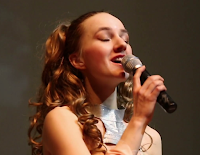 A pastor friend told me about a woman who was going to sing a solo in his church. When she stood in front of the congregation, the pianist started playing. Because she hadn’t warmed up her voice, she started singing off-key and missed several notes. Realizing she had made a mistake at the beginning, she knew couldn’t keep singing that way.

The woman stopped singing in the middle of the song. Embarrassed and humbled, she turned to the pianist saying, “I’m really sorry. Could I please start over?” The pianist flipped back the pages of her music and began playing the song again. This time the woman sang the song perfectly as it was meant to be sung.

After she finished and took her seat, the pastor told the congregation, “What you just witnessed is a picture of God’s grace. She made a mistake. She humbled herself and apologized. And then she asked for a chance to start over and sang perfectly.”

When Jesus healed a man who had been lame for thirty-eight years, He told him, “Do not sin anymore, so that something worse doesn’t happen to you” (John 5:14). The man could start life over. Now he could walk to new places, both good and bad. Jesus warned him about making wrong choices because something worse could happen to him if he did.

The Sword First, Then the Hand

Admiral Horatio Nelson was an English navy hero who twice defeated Napoleon's army. Whenever he won in battle, he always treated the enemy prisoners with dignity. After one of his victories, the defeated commander was brought on board Nelson's flagship for a formal ceremony where he would surrender his sword.

The man quickly walked across the deck and stuck out his hand for the Admiral to shake. Nelson held his hand to his side and refused to shake his hand. Nelson told him, "The sword first—then the hand." It was an important point that couldn’t be overlooked. Surrender comes before peacemaking.

To be at peace with God we must first surrender our swords. We quit fighting against Him. When the commander surrendered to Admiral Nelson, he didn't keep fighting him. He handed over the sword and was at his mercy. When we surrender to God, we quit fighting Him and we do what He says.

Posted by Kent Crockett at 5:42 PM

The Terror By Night 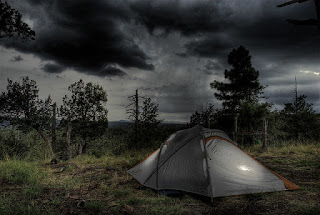 Psalm 91:5 says, "You will not be afraid of the terror by night or of the arrow that flies by day." I didn’t fully understand this verse until I went on an overnight campout with a couple of elders from our church.

At sunset, the clouds grew black and within minutes we were in the middle of a torrential storm. Wind was blowing thirty miles an hour and lightning striking around us every few seconds. Psalm 91:5 refers to the "terror by night." This was it! I thought we were going to die and actually envisioned making the obituary column our local newspaper. I wasn’t afraid to die but wasn’t ready to leave behind my wife and two small children.

Then I remembered the disciples panicking in the boat on the Sea of Galilee when the terrible storm hit. We were acting just like them when they thought they were going to die (Mark 4:35-41). They didn't trust God during the storm and now that we were in the same boat, neither did we!

I reminded the other guys that the disciples must have felt this way when they thought their boat would sink during the storm. We prayed together and then started praising God in our tent. Instantly a supernatural peace came over us. We were overwhelmed with God’s presence and our fear immediately vanished, even as lightning was still striking around us.

Posted by Kent Crockett at 3:09 PM

Little Foxes Can Cause Big Problems 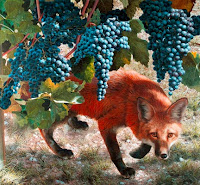 The space shuttle Discovery was once grounded—not by technical difficulties but by woodpeckers. They pecked on the insulating foam on the shuttle’s external fuel tank. Without the foam, ice forms on the tank when it’s fueled which could cause disaster. The damage was repaired and the Discovery later launched the Hubble Space Telescope.

Little things can have big consequences. Solomon wrote, “The little foxes…are ruining the vineyards, while our vineyards are in blossom.” (Song of Sol. 2:15). You’d think a drought or a hail storm would be the biggest reasons vineyards were destroyed. But Solomon said “the little foxes” were the culprits in causing the destruction. A fence would stop the big foxes but the little ones could sneak through.

The vineyard owner couldn’t see the little foxes running through the vineyard and breaking the tender vines. The withered vines wouldn’t become visible until a couple of days later. Enough ruined vines meant no grapes grown and no wine for that year.

Posted by Kent Crockett at 2:01 PM