What Should Parents Tell Their Kids About Santa? 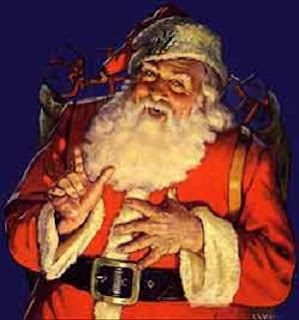 When I was a kid rumors were swirling around the school that Santa Claus didn't exist. After I got home, I asked my mom, "Is Santa real?" My mom smiled and admitted, "No, he's not."


I thought it over and asked, "Is the Easter bunny real?" "No, he's not real either," she confessed. Finally I asked, "Is God real?" Immediately she tried to assure me, "Oh yes, God is real!" I couldn't help but wonder if she was telling me the truth this time, since she had already admitted to lying about the other two.


Christian parents are faced with the same dilemma today. What should you tell your small children (who are too little to separate fact from fiction) about Santa? You have three options:


Option #1: You can lie and tell them Santa's real. But later when they are older, you'll have to admit that you lied to them. They might even start questioning God's existence, like I did.


Option #2: You can tell them up front that Santa's not real. The downside is you're taking away much of the fun experience at Christmas. Think about it, you don't need to grow them up that quickly. You withhold a lot of information from children about other issues until they are old enough to process it. Here's a better idea:


Option #3: You can tell them that Santa's a game that you play. This is what we told our young children when they started talking about Santa. "Santa and giving each other gifts is a game that we play." They never really thought to ask what the game was about. When they got older and asked about the reality of Santa, we told them, "It was all pretend and you figured out the game!" We never lied to them and we all enjoyed the fun of Christmas.


Remember, small children think like small children, and there's nothing wrong with that. As they grow and mature, they are able to grasp the truth. The apostle Paul explained this when he said, "When I was a child, I used to speak as a child, think as a child, reason as a child; when I became a man, I did away with childish things." (1 Corinthians 13:11).  So then, have a fun Christmas and remember to teach them that Jesus is real.
www.kentcrockett.blogspot.com
Posted by Kent Crockett at 7:36 AM

Why you should read "10 Secrets to Life's Biggest Challenges" 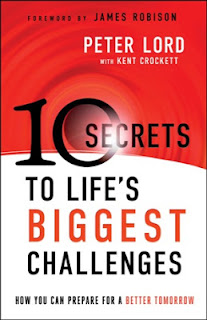 In this final book that author and Bible teacher Peter Lord will write, he passes along the wisdom and insights he has gained about 10 difficulties in life.
In this book you will discover:


The perfect book for:


To read customer reviews and how to order click here:  Customer Reviews & How to Buy
(Save shipping charges by buying at your local Christian bookstore)
Posted by Kent Crockett at 11:52 AM